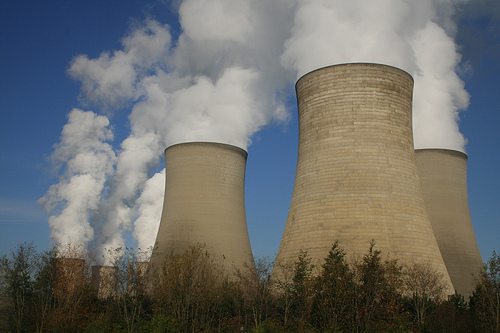 By subsidising the production and consumption of energy generated from fossil fuels, the British government is undermining international efforts to avert climate change while draining its national budget, according to a new report.

The research, by the thinktank the Overseas Development Institute (ODI), claims that globally, fossil fuels received subsidies worth over $500 billion (£311 billion) in 2011.

A significant amount of this figure is said to come from developed nations, with rich governments subsidising every tonne of carbon by an average of $7 (£4.35).

Estimates for the exact value of the UK’s fossil fuel subsidies vary. The OECD says they equaled £6.8 billion in 2011, while according to the International Monetary Fund, they added up to as much as £10.9 billion. The ODI report claims that the UK is the fifth largest subsidiser in the world.

The report adds that in some countries, such as India and Pakistan, fossil fuel subsidies are even more than double the level of spending on public health services.

Shelagh Whitley, a research fellow with the ODI and the author of the report, said that all this has to change.

“The status quo encourages energy companies to continue burning high-carbon fossil fuels and offers no incentive to change”, she said.

“We’re throwing money at policies that are only going to make the problem worse in the long run by locking us into dangerous climate change.”

The ODI report argues that if governments are to keep their promises to drastically cut carbon emissions to hold global warming to the 2C commitment, they need to make carbon emissions more expensive through a clear and explicit price on emissions.

By continuing to support fossil fuel industries in this way, world leaders are “shooting themselves in both feet”, the report says.

It adds that if governments cooperate to ensure all fossil fuel subsidies were phased out by G20 nations by 2020, and globally by 2025, then it would be a win-win scenario – cutting public costs while boosting the fight against damaging climate change.

The government has launched an enquiry of all UK energy subsidies, while rising household energy bills has led to calls from some politicians for renewable subsidies – as part of the so called “green levies” – to be cut.

Prime minister David Cameron has suggested “rolling back” green taxes the ease the financial burden on vulnerable homeowners, although the Department of Energy and Climate Change (DECC) has confirmed that this will not mean cutting investor incentives for renewable energy.

Subsidies for fossil fuels dwarf those granted to renewables. Globally, for every $1 that subsidises clean energy, $6 goes to polluting fossil fuels.

Whitley told Blue & Green Tomorrow that she believes the scrutiny is centring on support for renewable because of a lack of publicly accessible information on fossil fuel subsidies.

“It’s something that has to become more discussed in the public domain”, she added.