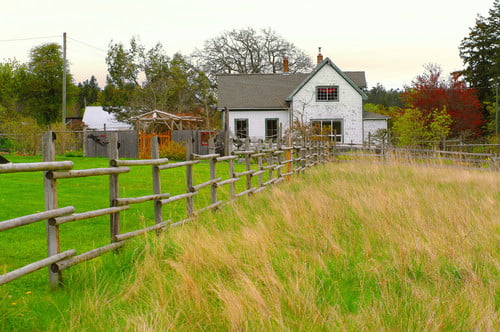 Old homes tend to be rustic, charming and usually attract utterly jaw-dropping descriptions by estate agents. Unfortunately, as appealing as Victorian era properties and other older homes can be to some buyers, they can also be riddled with problems. They also may not be eco-friendly, due to their low energy-efficiency ratings. You will need to be aware of this and find ways to make your older home environmentally friendly by improving energy-efficiency.

Today’s guide isn’t going to talk about the lack of a damp proof course, or any of the other common issues that blight older properties. Instead, the focus is on energy, and what you can do to make your old property perform much better in a bid to protect the environment and save you money.

It starts with the heating system

In terms of a high impact change, let’s start with the heating system. Some of these homes have ancient boilers; it’s quite surprising how long they stay operational for.

For example, as stated by Heatable, upgrading your old G-rated boiler, to a modern energy-efficient (condensing) and A-rated boiler can save you both energy and money. In fact, making the transition can save you three-figure savings and achieve efficiency ratings above 90%.

By the same token, they cost huge amounts of money to run. The simple solution is to replace them with a modern boiler, which by law, has to meet certain energy requirements.

The more advanced method is to turn to heat pumps. Without attempting to oversimplify them, they take energy from the air or ground and convert it into heat. The result is a much greener, and cheaper way of heating a property.

While this is definitely one of the more extreme methods you can adapt, the authorities are trying to push such technology and there are various incentives out there which can help you cut costs significantly.

The perils (and beauty) of floorboards

They are a prime example of an older property boasting immense character. Unfortunately, as beautiful as wooden floorboards are, they quite often cause a major problem in homes. Air is allowed to circulate between the gaps in each floorboard, with some believing that this is equivalent to a window being left permanently open. This is one of the most important things to be aware of for people trying to build energy-efficient homes. Since you are going to have to work around the issue with an older property, you should at least know how to perform these improvements.

There are umpteen products and methods that can combat this and help is at hand on this page which documents how you can get to the bottom of the problem.

Stop throwing money out of the window (and doors)

Another common problem in the world of older properties are windows and doors. Over time, seals become broken and as such, draughts start to emerge. If you happen to have a house with sash windows, the problems can intensify due to the way in which these are designed.

Again, this is a simple problem to fix. It’s generally a DIY job, and simply involves filling the gaps with sealant. It’s one of those jobs that ‘never gets done’, but it will make a big difference to your quality of life.

Similar principals occur with the chimney

By the same token, you can also see huge amounts of warm air escape through the chimney. Not only that, but unsurprisingly, cool air is also invited in.

Many homeowners are nervous on chimney topics, as it is often such a big feature of a period property. However, modern-day devices are able to block the draughts from these areas of a home and at the same time, sew up that gigantic hole in your pocket. Take a look for a chimney draught excluder to analyze this in-detail.

Older homes aren’t eco-friendly by default. You will want to make these improvements to help cut your carbon footprint after buying an older property.