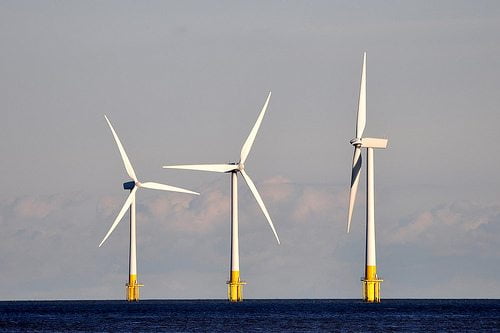 The Scottish government has approved the 326-turbine Outer Moray Firth wind farm, which could power more than 1m homes and become the third largest offshore wind farm in the world.

The project is set to create more than 4,500 jobs and generate up to £2.5 billion for the Scottish economy. It will combine two projects –Moray Offshore Renewables Limited and Beatrice Offshore Windfarm Limited.

“Offshore renewables represent a huge opportunity for Scotland, an opportunity to build up new industries and to deliver on our ambitious renewable energy and carbon reduction targets.”

Commenting on the development, Gina Hanrahan, climate and energy policy officer at WWF Scotland, said, “Today’s decision is a strong vote of confidence for the offshore wind sector in Scotland.

“However, it’s important that the developers work with all interested stakeholders to avoid or minimise any impacts on the marine environment.  This means there must be a clear commitment to post-consent monitoring and the sharing of all data to enable other developers to quickly learn and refine their future plans.”

Richard Dixon, director of Friends of the Earth Scotland, said the decision was good news for renewable energy in Scotland.

“Harnessing the huge energy in winds around Scotland’s coast is a major step forward in the fight against climate change. These two schemes alone could provide 40% of Scotland’s peak power needs on a windy day”, he said.

The government and the industry said that the project could boost confidence and investment, after the Atlantic Array wind farm was shelved in November and RWE Npower announced a reduction of renewable energy investment in January.

Scotland has pledged to achieve a 30% renewable energy target and generate 100% clean electricity by 2020.