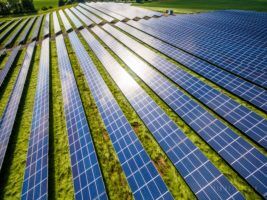 Savills has been selected as a finalist in the Best Professional Services category of the Scottish Green Energy Awards 2016.

Scottish Renewables received over 130 nominations for the Award scheme which aims to recognise the people, organisations and communities that have helped the renewable energy industry evolve.

The overall winner will be announced at the Scottish Green Energy Awards 2016 held at the Edinburgh International Conference Centre on Thursday 1st December and will be attended by 1,000 representatives of Scotland’s renewables industry.

We are proud to be shortlisted for this award at a time when the industry is being compromised by government policy and subsidies are being cut.

Nick Green, Head of Energy for Savills in Scotland said:

“The industry has not been without challenges in recent times yet in this uncertain climate Savills energy team has grown and we continue to deliver opportunities for clients. Over the last two years the team has promoted schemes with a generating capacity in excess of 150MW and secured planning permission for over 500MW of renewable energy approvals. We have secured more than £3m in grant aid and continue to manage the procurement of over £50m of electricity and gas.

“We are proud to be shortlisted for this award at a time when the industry is being compromised by government policy and subsidies are being cut. Our recent portfolio of work demonstrates that there is a vibrant future for the sector with many opportunities yet to be realised.”

Among the projects recognised by Scottish Renewables is a partnership between Savills and the NFUS. This was a three year initiative across 27 farms, providing 1,000 landowners, farmers and community groups with independent advice and opportunities to diversify into renewables.
The team has project managed the creation of the largest Solar Farm in Scotland in partnership with Elgin Energy and Canadian Solar, whereby 55,000 solar panels have been constructed on 72 acres of land.

In addition it has facilitated grid connections for 280MW of new onshore wind capacity across 14 sites, working with a network of developers and Scottish Power Distribution.

“Once again the Scottish Green Energy Awards shortlist shines a light on the most innovative, forward-thinking and sustainable projects, organisations and individuals in our industry.

“There have been some important projects delivered over the last 12 months and the shortlist shows clearly how our sector is helping grow the economy, tackle climate change and support communities across the country.”

Click here for the full shortlist of nominees and categories