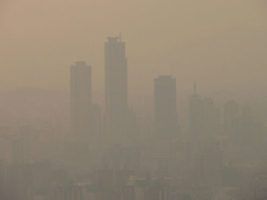 ‘Seeing’ Air Pollution: Could This Help Save Lives?

This week, the World Health Organisation (WHO) have announced that air pollution kills 16,000 British people a year. Martin Williams, one of the UK’s leading academics on air quality, has been investigating technology which allows the human eye to physically see pollution.

According to Williams, it’s something that could help bridge the education gap, and save lives.

On reviewing the possible impact of infrared technology, Williams, Professor of Air Quality at Kings College, says: “Seeing is believing, and with so many deaths caused each year by air pollution, awareness could be vastly improved by modern technologies.”

While the World Health Organisation and other environmental groups are leading the way, and using cutting edge technology to track and monitor air pollution, this, according to Chris Brown from FLIR Systems, only scratches the surface when it comes to raising awareness about the harmful effects of air pollution and reducing its impact:

“Infrared technology, or thermal imaging, is really important in the context of air pollution as unfortunately, we are only born with five senses! And what infrared lets us to do is optimise that sixth sense – allowing us to see air pollution before and while it’s happening.”

With young children so vulnerable to pollution, Martin says one of the major concerns centres around prams and push chairs being so close to vehicle exhaust level: “If parents could see what it looks like pushing their child through a band of raw pollution, they’d take preventive action.”

Martin continued: “By using infrared technology you can physically see pollutants and how they spread from the source, into the air. Technologies like this, that physically show pollution – whether fumes from a car, aeroplane or train – will help enormously in getting the message across. In instances like this seeing is believing, and rather than relying on words or statistics we should be showing citizens how every-day things are polluting the air in their community … That would be a very powerful message indeed.”