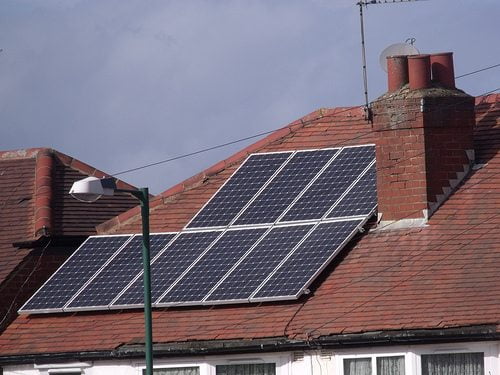 Almost half a million UK homes are now fitted with a solar panel array, according to new figures.

The Department of Energy and Climate Change (DECC) revealed last week that as of October 27, 478,431 homes across the UK have solar installations.

These installations generate a cumulative capacity of 1.72 gigawatts (GW) – with an average of 7.77 megawatts (MW) installed every week since September.

The Solar Trade Association (STA), the trade body for the solar industry, argues that these half a million homes are now less exposed to the energy bill increases that are affecting households across the country.

STA chief executive Paul Barwell said, “People who are fed up with their energy supplier could do no better than to switch to supplying themselves with solar power on their roof.”

The STA’s ambition is for 1m homes across the UK to have solar panels on their roofs. If current installation rates of around 100,000 systems per year are doubled, the STA estimates this could be achieved by 2015.

“The more people that invest in solar power today, the quicker the price comes down tomorrow”, Barwell added.

“We need to keep going down this path until solar power is cheaper than retail electricity prices and everyone can have access to cheap, green power and stable energy bills.”

According to the Energy Saving Trust, the average cost of a domestic solar installation is around £7,000. The average system generates roughly 2,500 kilowatt hours (kWh) – equal to about two-thirds of the electricity demand of a home of two adults and two children – and saves around £800 every year.