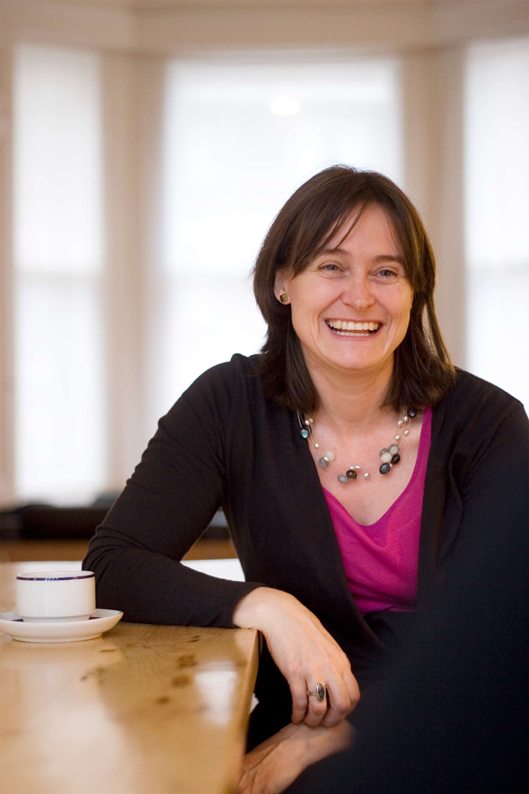 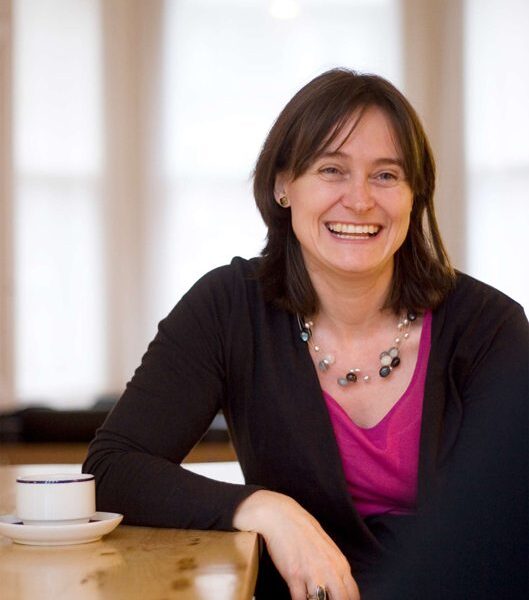 Penny Walker is recalling a visit to the Centre for Alternative Technology nearly three decades ago. She was in her early-20s and on her first holiday with the man who would later become her husband.

Driving through the Welsh hills in his battered old car, their journey was interrupted with the sight of a wind turbine up ahead. While the occurrence might not be so extraordinary in 2014 (the UK now has over 5,000 turbines – both onshore and offshore – which produce over 10 gigawatts of electricity), around the time Walker came across her first turbine in the late-80s, they were a relatively rare phenomenon. So much so, that when this particular turbine appeared in front of the couple, it came as a bit of a shock.

Walker spent the rest of the day at the nearby Centre for Alternative Technology in Machynlleth – which owned the turbine – and she attributes this experience as a turning point in her life. There are others from her childhood, such as having three bins in the kitchen – all for different things – and her mother’s “hideously embarrassing” campaigning for speed restrictions in her local area, but seeing her first wind turbine helped her understand that there were big shifts available.

The experience in Wales kickstarted Walker’s enthusiasm for environmental issues and sustainability. She became a volunteer at her local Friends of the Earth group, helping to organise monthly waste paper collections, partly as a fundraising activity and partly to get the paper recycled. She then moved to volunteer at campaign group’s head office in London, before being offered a full-time job as a campaigner.

She was at Friends of the Earth for seven years, leaving in 1996 to pursue an area that had begun to really interest her: working with people who want to change, but find it hard to do so. This way of working contrasts somewhat from the traditional campaign group style of pointing out what the bad guys are doing wrong and putting pressure on people to alter their consumption or living habits, and Penny’s specific area of work, which involved campaigning for changes to policies, services and laws.

And so, not long after leaving Friends of the Earth, Walker became an independent consultant, working with a range of businesses, from ones that are very large like Unilever, to smaller social enterprises or NGOs.

Despite the differing approaches in her past and current jobs, there are aspects in both that overlap. The real similarity, she says, is that both jobs were essentially about trying to help society understand its environmental limits.

“One of the things that the two approaches do have in common is that I am still trying to create change so that we, as a species, can negotiate that incredibly difficult switch between being globally unsustainable to being globally sustainable”, she adds.

That said, Walker says the biggest difference “is that I used to try to create change by being horrible to people; now I try to do it by being nice.”

Today her credentials are impressive. Alongside her consultancy, Walker is also a senior associate at the Cambridge Programme for Sustainability Leadership (where she was also a tutor on the acclaimed postgraduate certificate in sustainable business course for a decade) and an associate at Forum for the Future. She is a chartered environmentalist – a professional qualification handed out by the Society for the Environment – and works closely with organisations like Dialogue by Design, InterAct Networks and the Sciencewise Expert Resource Centre.

She is also the author of a number of books, including her most recent publication, Working Collaboratively, which looks at how collaborative working can shift entire systems.

On the homepage of her website, Walker states, “There’s no blueprint for bringing about sustainable development.” This is a sentiment echoed by Michael Blowfield and Leo Johnson in their recent book, Turnaround Challenge: Business & The City of the Future in which city scenarios they call Petropolis and Cyburbia are trumped by a third: the distributed economy that comes without a blueprint.

But if this is the case, and there isn’t a set formula for sustainability, how do we expect the majority to adopt a low-carbon economy? Walker admits that getting to grips with the gravity of the problem and the subsequent solutions is difficult.

“The more you appreciate about a problem like, for example, climate change, the bigger it becomes and the more frightening it becomes. That, paradoxically, can make you feel less able to do something about it. You become better informed, but your sense of empowerment and agency reduces. What can I, as an individual, do about this problem? Actually nothing significant, and that is really problematic.

“So a lot of the work that I do is about helping people acknowledge the size of the problem and acknowledge what they can do about it, coming face to face with the contrast between those things and finding the ability to act despite there being no easy solutions. And that’s hard. When people are properly thoughtful about the size of the problem we face, they realise that just switching their lightbulbs to energy efficient ones or switching the tap off when they brush their teeth are never going to be enough. But that doesn’t mean they’re not good things to do, because one thing can lead to another.”

She often comes across people stuck in this mindset; people who are doing things that make their lives ever-so-slightly more inconvenient and make them look a tad eccentric compared to their neighbours, and who have become disempowered as a result.

But Walker believes the solution to this potential rut is collaboration. Where one individual or organisation cannot do something on their own, joining forces with others allows coalitions of actors to access more parts of the system. Forum for the Future is one good example of this, with its diverse list of members from a range of sectors and its commitment to experimenting with system level change.

It’s this collaboration that is at the heart of Walker’s work as a consultant and facilitator – as well as being the topic of her most recent book, Working Collaboratively. She helps connect people and organisations that previously wouldn’t have known where to start and has an impressive CV to boot – not bad, nearly 30 years on from a chance encounter with a wind turbine in mid-Wales.