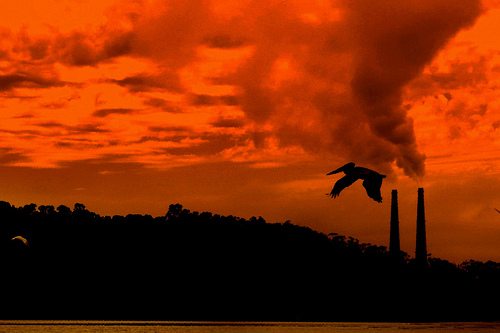 Global carbon emissions are set to reach record high levels in 2013, according to new analysis by climate scientists. The sustainable investment industry has said the figures back up the need for longer term outlooks.

The Global Carbon Budget report by climate researchers from 10 countries says carbon emitted from the burning of fossil fuels such as oil, gas and coal will reach 36 billion tonnes this year – a 2.1% rise since 2012.

“Governments meeting in Warsaw this week need to agree on how to reverse this trend”, said Prof Corinne Le Quéré of the Tyndall Centre for Climate Change Research at the University of East Anglia, which led the study.

“Emissions must fall substantially and rapidly if we are to limit global climate change to below 2C. Additional emissions every year cause further warming and climate change.”

Caroline Escott, head of government relations at the UK Sustainable Investment and Finance Association (UKSIF), said the new figures “underline the urgent need for governments, businesses and investors to work together” to avoid a 2C global average temperature rise. This is the threshold that governments have agreed to adhere to, and that many climate scientists warn could trigger dangerous climate change if exceeded.

The release of the Global Carbon Budget data complements a major study by the Carbon Tracker Initiative and the London School of Economics’ Grantham Research Institute, which said some 60-80% of oil, gas and coal reserves owned by firms listed on stock exchanges might need to be left in the ground if the world wants to tackle climate change. It warned that these stocks could become “stranded” if policies were introduced to limit emissions.

Escott added, “Sustainable investors continue to lead the way in incorporating ‘stranded assets’ and other risks associated with climate change into their decision-making.

“However, it’s vital that we raise awareness with policymakers, the public and the so-called mainstream investment community of the importance of environmental and social factors in growing and protecting the value of people’s savings and pensions.”

An alliance of 70 major investors with a collective $3 trillion (£1.85 trillion) of assets recently called on the world’s largest fossil fuels firmsto explain how their business models squared with the need for dramatic carbon reduction. This followed a survey of asset managers and owners worth $14 trillion (£8.7 trillion) which said the majority of investors now viewed climate change as a “material risk”.

Mark Hoskin, a partner at London-based financial advisory firm Holden & Partners, said, “I think [the Global Carbon Budget report] demonstrates the size of the challenge we face and the lack of enough effective policy to alter the future for our children.

“Investment rarely has linear returns, but conventional investment may be heading for a cliff edge when the impact of the global carbon position eventually hits society.”

On May 4 this year, global carbon dioxide levels in the atmosphere reached 400 parts per million for the first time in around three million years.