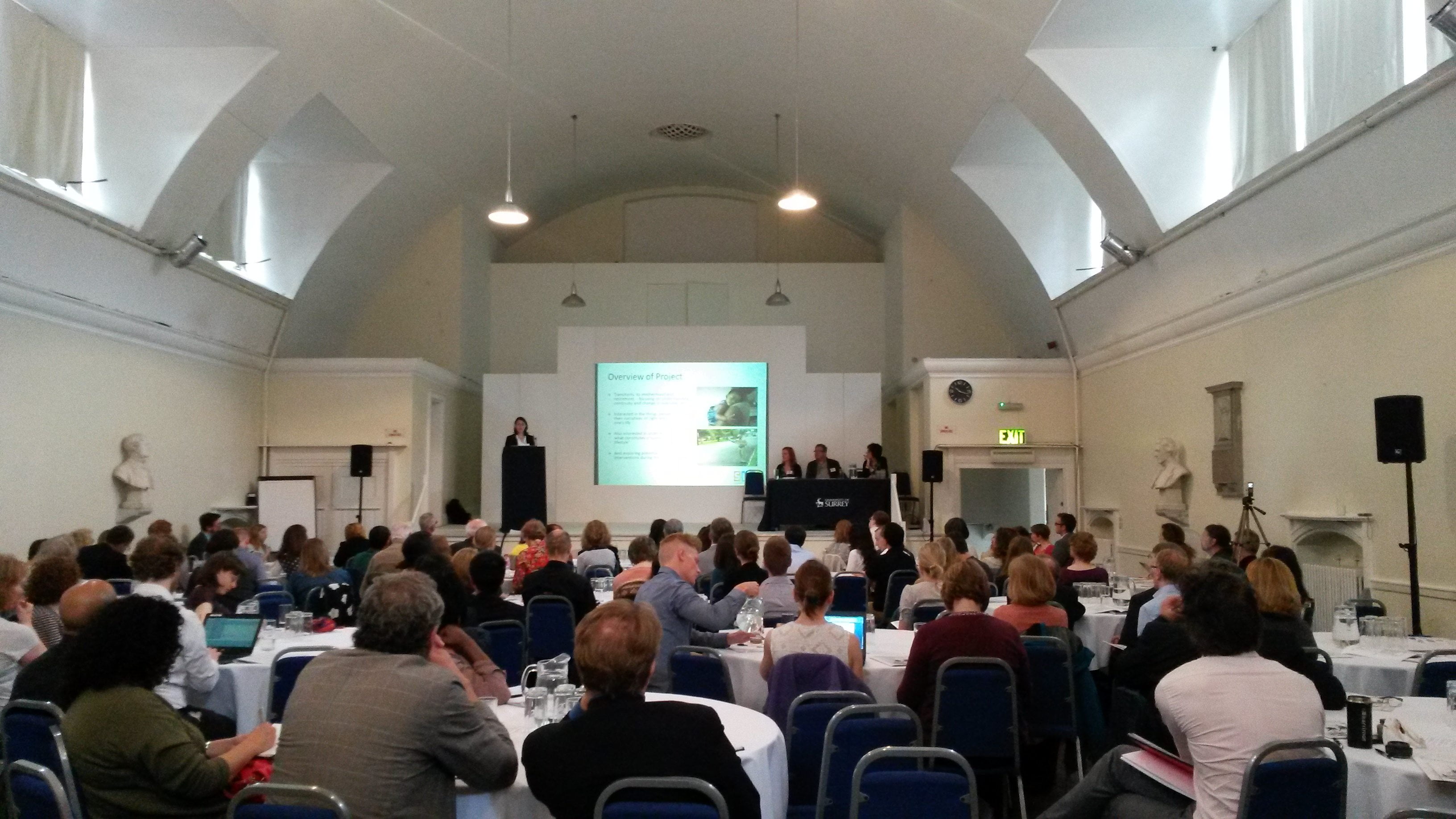 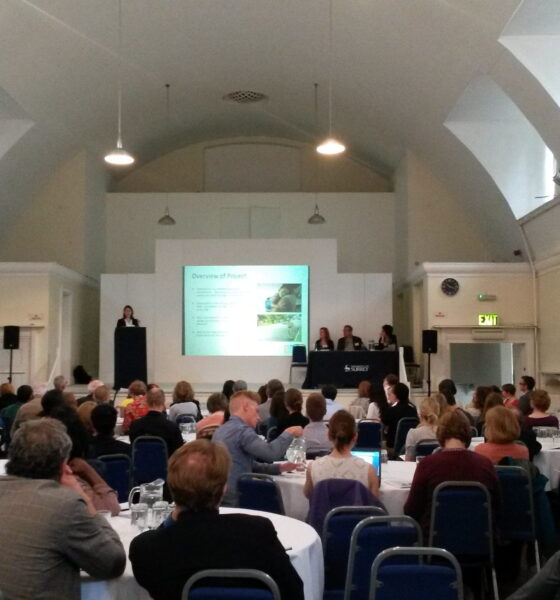 The Sustainable Lifestyle Research Group (SLRG) presented over nine hours of impressive findings from its three-and-a-half year research project at the beautiful Mary Ward House in London on Tuesday.

Collaboratively undertaken with various universities, including Surrey, Bath, Sussex, Canterbury and Edinburgh, along with the Economic & Social Research Council (ESRC), it was supported by the Scottish government, the UN Environment Programme (Unep) and the Department for Environment, Food and Rural Affairs (Defra).

The principal aim of the SLRG is to develop new and relevant understanding of the processes that lead to changes in people’s lifestyles, behaviours and practices; and to offer evidence-based advice to policymakers about realistic strategies to encourage more sustainable lifestyles.

The research programme SLRG is co-ordinated from the University of Surrey with Prof Tim Jackson, author of the acclaimed book Prosperity Without Growth, leading the programme and Ian Christie as research co-ordinator.

Jackson kicked off the event in London, alluding to the wide achievements of the SLRG which, despite severe government cutbacks, was able to present exciting new results to the 150 attendees and the broader public. However, Jackson also pointed out that without Defra, the programme’s biggest funder, most of it would not be possible.

He then handed over to Zoe Donkin from Defra, who introduced the SLRG from the government’s perspective. Donkin pointed out that Defra was delighted to build the bridge between civil service and sustainable research, and that she, along with the entire team, hope that findings will have an impact on policy for a better future.

After that, Bas Verplanken from the University of Bath started the first series of presentations under the topic “Exploring Transition“. He presented the findings of his and Debbie Roy’s research around the topic Habits, Attitudes and Behaviours in Transition (HABiT). Based on a field experiment which examined 800 households, he investigated the extent to which some people’s old habits are disrupted when they go through a life course transition. Together with the Peterborough Environment City Trust, Verplanken delivered an interesting presentation which immediately stimulated thinking and triggered good engagement from the floor.

Kate Burningham from the University of Surrey was next. She gave the audience a comprehensive glimpse of the outcomes of her team’s study, Exploring Lifestyle Changes in Transition (ELiCiT). The longitudinal, mixed-method study focused on two key household transitions – having a child and retiring. The team found out that life course transitions do not compromise one ‘moment of change’, but rather are a fluid process of continuing shifts and readjustments.

After a first comfort break with tea and coffee in the Dickens Library, three aspiring young researchers presented the results from their PhDs. Emily Creamer’s research investigated the role of Scottish government-funded, community-led initiatives in encouraging more sustainable lifestyles in remote rural Scotland. Rachel Durrant then presented her work, Civil Society Roles in Transition, before Rebecca White completed the trio with her research findings from Resilience and Sustainable Lifestyle.

Andy Stirling of the University of Sussex followed the three great presentations by offering a new way to think about policy. He said that policies often mitigate drivers of change, instead of responding to it and implementing real change. Thus, only by responding to stresses and adapting to them can real transitions be achieved – from sustaining to transforming. Stirling’s presentation was the last before lunch but likely influenced a number of interesting conversations over the break.

While other events may start to get tiring after lunch, Helga Dittmar, keynote speaker from the University of Sussex, succeeded in shaking up the audience with an interesting and appealing lecture called “The Limits of Materialism: Impacts on wellbeing and the environment”.

Dittmar charismatically showed that society too often provides endorsements for values, goals and associated beliefs that centre on the impact of acquiring money. This, unfortunately, applies for both adults and children. However, shaped by the media and advertisements, all effects of materialistic values lower our personal wellbeing, she said. Our MVO, or Materialistic Value Orientation, also influences our attitude towards the environment. Dittmar finished her talk by pointing out how important it is to develop good values during your early years because they are “sticky” – like habits.

Steve Sorrell, from theUniversity of Sussex, then explained the Rebound Effect (referring to the behavioural or other systemic responses to the introduction of new technologies that increase the efficiency of resource use) and its measurement and responses. It is generally expressed as a ratio of the lost benefit compared to the expected environmental benefit when holding consumption constant. Sorrell presented a number of interesting graphs that clearly explained this phenomenon, and concluded that we must not use it as tool to substitute our consciousness.

Ian Cristie, from the University of Surrey and lead research co-ordinator of the SLRG, followed Sorrell by introducing the research undertaken with so-called boundary-spanners – those who have rich experiences of policy making in terms of sustainable development (SD).

Under the topic “Policy Dialogues in Sustainable Living“, he presented three factors which reshape our policy research landscape: austerity, sustainable development evolution and the overall complexity in the UK. He called for a timely translation of research and also noted that “the big picture framing in polities is not sustainable development; it is solely recovery from the happenings of 2008”. Christie summarised that there is a strong need to focus on opportunities which arise in between research and policy, and that we have to embrace them.

The fourth and final part of the SLRG event was then kicked off by Jonathan Tillson, head of sustainable development at Defra. He presented the department’s work on sustainable lifestyle initiatives and demonstrated the need for a strong linking between research and policy making, strategic investment and generating impact.

Tim Jackson wrapped up the conference, running through the day’s events in a comprehensive manner and linking them to the SLRG’s work. He finally called for the breaking of bad habits, which, however, is only possible in and with a good society.

The very last part of the event was a panel discussion about the foundations for sustainable living. Among the panellists were Helga Dittmar, Lee Davies from Defra, Prof Graham Smith from the University of Westminster and Mike Barry, director of sustainable business (Plan A) at Marks & Spencer.

Facilitated and led by Jackson, interesting discussions ensued. Barry described the future as a “continuous way” – a process or journey on which we need to take everybody. He continued by saying that we need to be exemplars for the aspiration of others, including the poorest who are trying to rise out of poverty. Dittmar concluded that materialism incorporates too much identity and that we need a more mindful consumer culture.