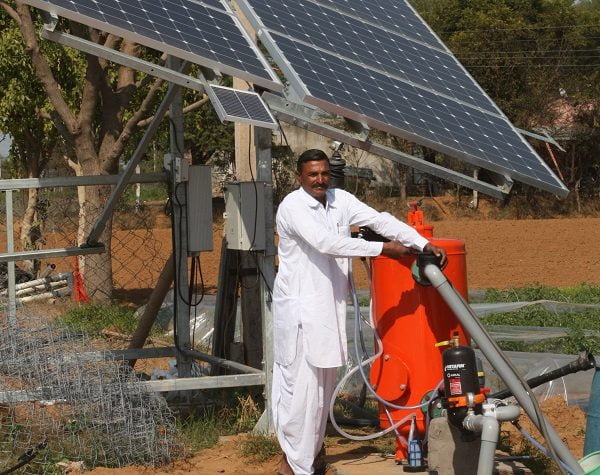 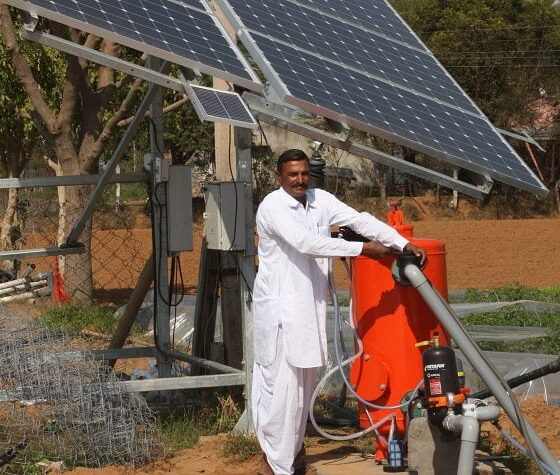 A recent review of climate science is further proof that we need to back those companies finding real solutions to global warming, says Ashden’s Anne Wheldon.

On Sunday, the Intergovernmental Panel on Climate Change (IPCC) released a summary of its latest review of global scientific research. This time it was on the mitigation of climate change  – taking action to reduce the emissions of the greenhouse gases that cause climate warming, or removing them from the atmosphere after they have been emitted.

For me, the summary tells us:

– Emissions of greenhouse gases are increasing, and they will go on doing so unless we increase mitigation
– By the year 2100, emissions could be contained to levels that keep the increase in global temperature below 2C – a level where, on current thinking, we can probably avoid dangerous interference with the climate system
– This will need mitigation efforts to be ramped up on a global scale, starting right now. The longer we put mitigation off, the more challenging it will become
– If we get going on mitigation efforts right now, the negative impact on the global economy is likely to be very small – only around 0.05%
– The longer we put mitigation off, the greater the economic cost of achieving it

My initial reaction was a measure of relief that we still have the opportunity to contain global temperature increase without a major impact on the global economy. But the IPCC makes clear that the changes required will be significant and complex.

Focusing not just on what to do, but how to do it, is going to be crucial if we are to ramp up global efforts on mitigation.

The good news is, we are developing understanding all the time of how we can make the changes that are required – including developing technology, raising finance for mitigation measures, changing culture and behaviour and influencing decision makers.

Let’s take two of the topics identified in the IPCC report: urban development and finance.

Just over half of the world’s population currently live in urban areas, and the IPCC’s summary reckons this will increase to around two-thirds by 2050. Such speed of urbanisation is one of the reasons why taking action on mitigation is so urgent: the development of a new urban area ‘locks-in’ patterns of energy use in buildings and transport choices, and so their resulting greenhouse gas emissions. If high-emission choices are made, then they may last for decades.

But there are viable low-emission opportunities. In India, the IT giant Infosys confirms the summary’s comment that both retrofitting existing buildings and designing new ones can substantially cut energy use and emissions – and is also economically attractive.

And the work of Kéré Architecture in Burkina Faso is clear evidence of how elements of traditional materials and design can lead to high levels of energy service with much lower energy inputs. The company has designed and built schools that are naturally ventilated, making classrooms cooler and easier to study in.

The IPCC summary estimates that between $343-385 billion (£205-230 billion) per year currently goes into mitigation and adaptation activities (mostly into mitigation). I was struck by the comment (page 32) that roughly two-thirds to three-quarters of the mitigation investment is from the private sector.

But it’s still not always easy to attract private investment.

This is why the work of Mera Gao Power in India and Off.Grid: Electric in Tanzania is so interesting. Both are businesses that supply electricity services to low income off-grid homes using solar energy.

In Uttar Pradesh, Mera Gao Power has created commercially viable solar-powered ‘mini-grids’ that are bringing clean electricity to rural Indian villages for the first time. Off.Grid: Electric uses mobile money to sell solar power as a daily service to its Tanzanian customers. Both have achieved this through private investment, not as a public-funded or charitable activity.

And there are new opportunities for sourcing private capital. Many in the UK and elsewhere would like their savings to be used in more environmentally beneficial ways. Abundance Generation’s user-friendly crowdfunding platform allows people to invest their money directly into renewable energy projects of their own choosing. With a minimum investment of just £5, investors get a financial return and the feel-good factor of joining the growing renewable energy movement in the UK. By doing so, they’re plugging a gap in access to finance for small-scale renewable energy developers.

All of these organisations are finalists for this year’s Ashden Awards. Now in their 14th year, the awards shine a light on organisations that are finding solutions to climate change, through renewable energy, improving energy efficiency and changing the culture of energy use.

Fourteen winners will be announced at an awards ceremony at the Royal Geographical Society on May 22. So watch this space to find out who will be this year’s sustainable energy trailblazers.

Anne Wheldon is a senior adviser at Ashden. Follow @AshdenAwards on Twitter to keep up to date with the pre-awards buzz.