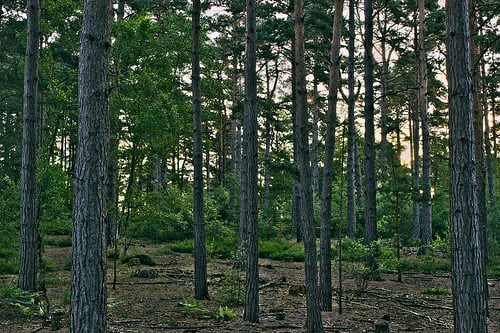 Biodiversity offsetting – where infrastructure developers commit to the establishment of new woodland or wetland areas to compensate for their projects – could help provide “long-term opportunities for investing in our habitats and biodiversity”.

“In a small and heavily-populated country such as ours, there will always be developments or infrastructure projects that require a trade-off between economic and social benefits and the natural environment”, he added.

“It could be a new housing development that would cover some woodland, or a new road crossing a wetland area. The first question should always be can the environmental damage be avoided or mitigated. If it can’t then we would look to offsetting to add an equal or greater amount of environmental value to another area.”

Speaking at an event organised by the thinktank Policy Exchange on Wednesday, Paterson – who is a vocal critic of wind power, calling it a “complete scam” in the past – didn’t mention if such trade-offs should exist for renewable energy developments.

He did, though, speak of a recent visit to Northumbrian Water’s waste treatment site in Howdon on Tyneside, whose investment in anaerobic digestion Paterson said was “enabling them to process half a million tonnes of sewage, which was previously dumped untreated in the North Sea every day”.

He added that this generates enough electricity to power the equivalent of 8,000 homes.

In a 30-minute speech on whether the UK can improve – not just protect – the natural environment while growing the economy, Paterson also neglected to comment on climate change. At the Conservative party conference in September, he claimed that if the Intergovernmental Panel on Climate Change’s (IPCC) predictions of a 2C global average temperature rise within three decades came true, Britain may actually benefit – namely, in the form of fewer winter deaths due to cold conditions.

At the Policy Exchange event, the environment secretary said a healthy environment and a prosperous economy were “not mutually exclusive”.

He added, “We cannot have sustained economic growth without a healthy natural environment. Neither can we invest in nature without the resources generated by economic activity. That is why I want to secure growth and improve the environment in tandem.”

In a short closing address, Kate Hoey – sports minister in Tony Blair’s Labour government – said she shared many of Paterson’s views, particularly on the “nonsense of wind farms” and the “so-called evidence” of climate change. This seemed to contrast with the sentiments that appear on her official website.