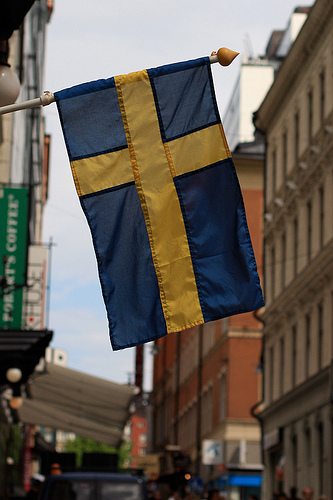 The US president has said that Sweden is  “far ahead of many other countries” when it comes to clean energy and added that it can teach a great lesson to America.

During a press conference with Swedish PM Fredrik Reinfeldt, Barack Obama was asked what the US could learn from Sweden.

He replied, “What I know about Sweden, I think, offers us some good lessons. Number one, the work you have done on energy I think is something the United States can and will learn from.

“Because every country in the world right now has to recognise if we are going to continue to grow and improve our standard of living while maintaining a sustainable planet, we are going to have to change our patterns of energy use. And Sweden I think is far ahead of many other countries.”

Obama then visited an energy expo at Stockholm’s Royal Institute of Technology and spoke to Volvo producers about electric vehicles.

Sweden is one the leading European countries in renewable energy. In 2008 it had the highest rate of renewable energy consumption in Europe, sourcing its electricity predominantly from hydro, nuclear and wind power. According to the International Energy Agency (IEA) Sweden also has the lowest share of fossil fuels in the energy mix, with oil accounting for 27% – although this portion is declining as the nation is turning to biofuels – gas for a small 3%, while coal is essentially absent.

Sweden was also recently ranked “the most sustainable country in the world” by Swiss investment group RobecoSAM, considering its environmental, social and governance (ESG) policies.