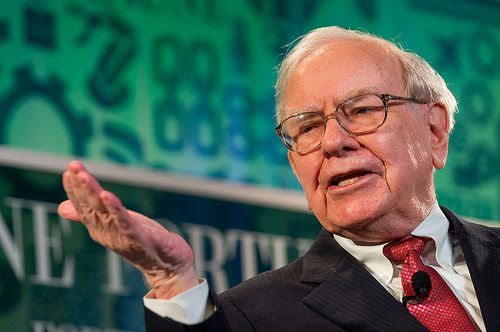 Berkshire Hathaway first sold $500m (£310m) of shares in another oil refiner, ConocoPhilipps, before taking a larger stake in Exxon Mobil. As the Financial Times notes, the move was done after Exxon reported it was underperforming and cutting free cash flow from operations.

Buffett’s company acquired two solar projects worth $2 billion in January, saying at the time that these were in line with the “core business principle of environmental respect”. Buffett also wrote in 2009 about the importance of keeping greenhouse gas emissions under control.

Despite his large wealth – he was ranked the third richest man in the world in 2011 – Buffett has always been said to live a frugal life compared to what he earns.

He pledged to give away over 80% of his fortune to charity – particularly to the Bill & Melinda Gates Foundation. He was also one of the first billionaires to participate in the Giving Pledge, a campaign to invite affluent people to give away at least half of their wealth to charities.

Buffett often makes clear that ethical values should be considered when investing. In 2007, another of his firms, PacifiCorp, withdrew from a project involving six coal-fired power plants because of citizen concern on health and environmental issues.

However, he did not make a similar move in relation to tobacco investment and has not divested from Chinese firm PetroChina, despite calls from activist to do so because of links with the Sudanese civil war.