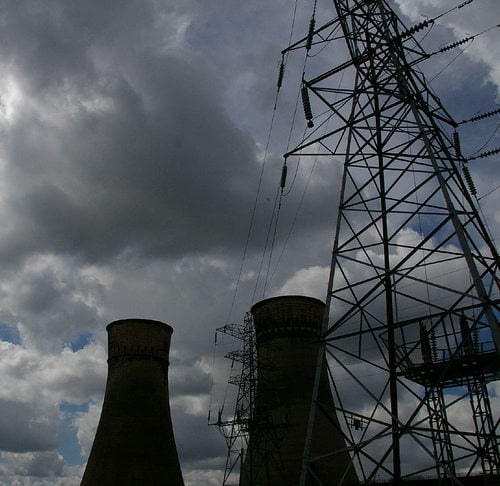 An interactive website has been launched by environmental campaigners, detailing the differences between an energy system dominated by clean, renewable energy and one powered by high-polluting fossil fuels.

Unveiled by the UK Tar Sands Network, twoenergyfutures.org allows visitors to investigate the mechanics and impact of each scenario. An accompanying report by researcher Danny Chivers describes the fossil fuel future as “terrifying”, and incompatible with tackling climate change.

“We’re standing at a crossroads. It’s time for humanity to make a choice”, said Jess Worth from the UK Tar Sands Network.

“Do we sit back and allow fossil fuel companies and oil-friendly governments to dig, drill and frack us into a dark and dirty future? Or do we stand together with communities around the world to stop these extreme energy projects, and head down a different path?”

The fossil fuel future draws on research conducted by the International Energy Agency (IEA), which in November said governments and policymakers worldwide were still failing to shift energy onto a truly sustainable path.

Meanwhile, the clean energy scenario uses a recent report by the Centre for Alternative Technology called Zero Carbon Britain and a book by David Mackay, Sustainable Energy Without the Hot Air, as its basis.

The report writer, Chivers, says the second future is only possible if society becomes less wasteful with its energy and general living, such as transport and food consumption.

His preferred outcome assumes that we can cut down our usage of plastics and chemicals, and relies on politics and economics changing for the better, in order to create fairer societies.

It also plays down the required role of nuclear power, and states that in the cleaner scenario, we’d only need 60% of the world’s harvestable wind and 50% of solar – as well as other clean technologies such as wave and tidal.

However, he stresses that the aim of the study and the new website is to outline that a future dominated by clean energy is well within reason – and not to provide specific instructions on how to build a sustainable world.

“We’re constantly told by governments and industry that we need fossil fuels to power the world. This simply isn’t true”, Chivers said.

“Here, for the first time, we’ve brought together research to show that a cleaner, fairer energy future is possible, and presented it in a publicly accessible way.

He added, “An alternative energy mix, without fossil fuels or nuclear power, is perfectly possible.”