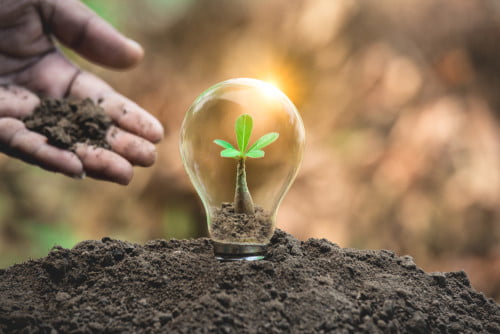 Which Type Of Renewable Energy Should Be Developed In The Future?

The competition between renewable energy sources is getting increasingly fierce, which is good news for everyone. With that being said, there’s hardly a single type of renewable energy that could, or should for that matter, become the sole focus of our efforts.

However, some renewable energy sources are more promising than others, but that promise varies quite a bit from region to region. What may work best for energy suppliers in Texas may hardly work for those in the other side of the world.

Here are some factors that will come into play in the development of the renewable energy landscape in the future and the sources that will likely dominate it.

Solar energy might be edging out the competition right now, and considering the slow start it had, as well as a couple of other circumstances, this tendency will likely be fortified in the future.

First of all, solar energy has one advantage over all other sources that can potentially be game-changing, as long as we make enough scientific progress to capitalize on it. Consider this: not only is sunlight by far the richest source of power we have, but in a single hour, we receive enough of it to power our entire planet for a whole year.

The good news is solar energy is also poised to make the most advantage of technological innovations, especially the ones in nanotechnology and computing. On the one hand, this will make things like solar panels increasingly cheaper to produce and install, something that we’re already witnessing. On the other, these advances will make solar energy more and more efficient, which can make the biggest difference.

Furthermore, solar energy is very practical by default, in that the supply increases proportionally with the demand. For example, people usually crank up the air conditioner the most during the hot months, when there is the most amount of sunlight.

Another tremendous benefit, be it coincidental, is that most developing countries have warm climates and lots of sun. This means it would be easier, cheaper, and especially as technology keeps advancing, more cost-efficient for solar power to be established in those regions.

As the famous Moore’s law has it, in computing, “the number of transistors that can be placed inexpensively on an integrated circuit doubles approximately every two years,” and this principle has been found to be valid, by roughly estimates, to solar energy development.

One of solar energy’s most pronounced disadvantages is its intermittent nature, especially in certain geographical latitudes.

Something else that’s seen as a major roadblock is the cost of installation which makes for a high financial entry point. However, as mentioned above, this is already starting to change, and the future in that regard is looking bright.

Wind power is considered solar energy’s biggest “rival.” Not only is it currently one of the leading sources of renewable energy, but its true potential might still be largely unexplored, lying offshore, where winds are stronger and there’s plenty of free space.

Wind power is also very unobtrusive, which is a tremendous benefit to the environment. Despite their imposing looks, wind turbines are actually integrated quite seamlessly into the natural habitat and can exist alongside crops and animals. In fact, wind turbines even generate money for rural communities in the form of taxes, paid by their owners. This financial aspect shouldn’t be overlooked either, as while the environment is certainly the main focus of the conversation, completely neglecting the economic side of things simply isn’t realistic.

Wind energy can be very cheap in certain regions, which is another factor with far-reaching implications.

Just like sunlight, wind is intermittent, making this source of energy insufficient without a backup.

Another logistical hurdle which is inherent to wind power is that the further away it is from the big cities where energy is needed the most, the stronger it gets. This is where solar energy certainly has the edge.

Wind and solar energy have separated themselves from the pack of renewable energy sources.

However, due to their intermittent nature and how their available amounts fluctuate from one geographical region to another, even the two of them together could hardly sustain our global energy needs, let alone one of them alone, at least at this stage of their development.

A healthy mix of renewable sources that make the most of nature’s gifts would be the optimal way to a reliable and steady energy stream.