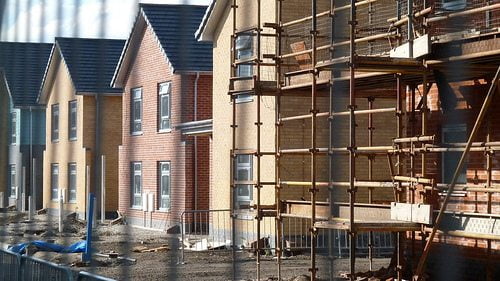 The development of warm and affordable low-carbon homes must be a national priority if the UK is to curb its contribution to climate change, according to a new report from WWF.

The ‘Warm homes, not warm words’ report finds that just 2% of UK heating demand is currently met by low-carbon sources. This leaves the government with a long way to go to reach its target of 25% by 2030.

If the UK is to meet this binding target, government support for low carbon heat systems – such as heat pumps, heat networks and biomass boilers – must be rapidly increased.

Otherwise, heat generation’s contribution to the UK’s greenhouse gas emissions – which currently stands at around 32% – will not fall fast enough, the report warns. But the challenge also represents an opportunity, as should the government succeed it will also deliver a significant boost to the UK’s ageing and inefficient housing stock, WWF said.

“The government’s support for renewable heat is making slow but steady progress, but at the current rate will fail to meet our climate change goals,” said Zoe Leader, WWF-UK climate and energy specialist.

Within the next 15 years, WWF estimates that the UK needs to insulate 8 million lofts, install nearly 4 million heat pumps and quadruple the number of homes connected to heat networks if it is to meet its targets.

“That’s not going to happen without stronger government support,” Leader added, “[but] the prize at the end will be many more warmer, healthier homes that are cheaper to run.”

To seize this opportunity, the report urges the government to extend the support and incentives on offer to the low-carbon heat sector and provide certainty to investors.

Energy efficiency should be made a “national infrastructure priority”, the report adds, while the potential of heat networks in particular must be exploited.

Campaigners and industry insiders have already hailed heat networks as a key weapon in the fight to decarbonise the UK. WWF estimates that 1 million homes must be connected to heat networks by 2030, but just 25,000 have been connected in the last 13 years.

Also known district heating schemes, the networks work by supplying heat generated at a central source directly to homes through a network of pipes that carry hot water. Often they use excess heat produced by nearby power plants or factories.

According to the Combined Heat and Power Association (CHPA), such networks could even save British taxpayers up to £1.6 million for every 1,000 homes connected.

“Heat networks can be one of the most cost effective ways to decarbonise heat while consumers also benefit from lower energy bills,” he said.

Mike Landy, head of on-site renewables at the Renewable Energy Association, added, “Renewable heating has for too long been an afterthought in government’s energy policy, so we are very pleased to see WWF calling for green heat to get the focus it needs and deserves.

“However, we also need to make sure that new homes won’t need retrofitting down the line. Building regulations must future-proof new homes by making them truly zero carbon, which means building in their own supply of renewable heating and electricity.”