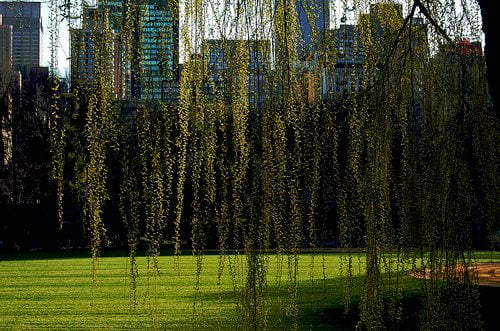 A new competition has been launched, offering £250,000 to the person who can create the best design of a new garden city to help solve Britain’s housing crisis.

Lord Wolfson, chief executive of retail chain Next and the founder of the Wolfson Economics Prize, told Blue & Green Tomorrow, “British people live in the smallest, most expensive housing in Europe, pretty much without exception.

He added, “There is an enormous pent up demand for good housing. At the moment house price inflation is increasing the gap between rich and poor and old and young. New cities offer a solution to that.”

The competition will close next September, awarding £250,000 to whoever submits the best answer to the question: “How would you deliver a new Garden City which is visionary, economically viable, and popular?” The considerable reward makes this the second most valuable economics prize, after the Nobel.

Lord Wolfson added that while they have not set an exact definition of a garden city, first and foremost the winning entry would have to be green “in the sense of open spaces, gardens, parks, walkways, a city that would harness the beauty of nature as well as the splendor of architecture.”

A study from April found that people living in urban areas with more green spaces reported to have greater wellbeing and quality of life than city dwellers.

An occasional objection to such projects is that they would require the development of vast spaces of British countryside. However, Lord Wolfson argued that if done right, garden cities could improve our environment.

“There’s plenty of countryside that is basically agricultural monocultures of little biodiversity interest that could be turned into much nicer space”, he said.

“Far from destroying nature, cities can harness nature to create a better environment for human beings to live in.”

“Our housing shortage has been decades in the making, and is now so severe it will take innovation and creative thinking to tackle,” he said in a statement.

“Britain desperately needs to build affordable homes and garden cities have proved to be a really successful way to create popular, cost effective and pleasant new communities where people want to live and raise their families.”

Asked if he believes the UK will realistically see new garden cities built in the not-to-distant future, Lord Wolfson said that it would depend on the strength of the ideas put forward.

“I think if people come up with inspirational new ideas for urban living that are extremely attractive – and if they can prove that building it wouldn’t cost the public any money, that it would be self funding – then I think there’s every chance that we will.”