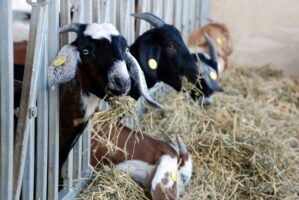 Brussels, 20 July 2016 – The organic food and farming movement welcomes the Commission’s proposal to reduce greenhouse gas emissions in key economic sectors such as agriculture by 30% by 2030, but warns that allowing forest carbon credits to offset them would undermine the EU’s commitment to combatting climate change.

“Organic farmers believe that the agriculture sector should do its share to tackle climate change. Planting trees can play a role in capturing carbon, but it cannot replace real emissions reduction. All sectors, including farming, have to work towards reducing emissions” said IFOAM EU President Christopher Stopes.

“The farming sector will suffer more than any other from the impacts of climate change. At the same time, there are many agriculture practices that can reduce emissions, many of which deliver other environmental benefits and additional income for farmers”, said IFOAM EU Vice-President Jan Plagge.

The current crisis in the milk and meat sectors shows that the production and export-led model is a dead end and that public incentives should promote environmental services and farm sustainability over quantity.

“The next CAP will play a crucial role in shaping agriculture and helping it to mitigate and adapt to climate change. The industrialisation of European agriculture has contributed significantly to the problem and promoting it further in the name of fighting climate change would be nonsense. The next CAP reform should take into account the total impact of farm and farming systems, looking at the greenhouse gas mitigation potential of agricultural practices together with their impact on biodiversity, soil health, water pollution, animal welfare, and their potential to help farms adapt to climate change”, said Eric Gall, IFOAM EU policy manager.

Globally, the agriculture sector is responsible for 10% of greenhouse gas emissions, but if indirect land use, such as deforestation linked to feed production and imports, is taken into account, this share rises significantly, up to 25%. Today’s Commission proposal aims at implementing the EU commitment to reduce GHG emissions by 40% by 2030 in sectors not covered by the ETS system. These sectors include building, transport and agriculture, and represent 60% of EU emissions. Non-CO2 emissions from agriculture (methane from livestock and nitrous oxide from soil fertilization) account for around 19% of emissions covered by the ESD.