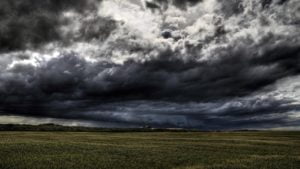 Air Pollution is a Dark Cloud Hanging Over Britain

Air pollution causes tens of thousands of early deaths each year. It is estimated that 800 people a week – that’s 40,000 a year – are prematurely killed as a result of the toxic air in the UK. Young children and the elderly are affected the most.

A report published by the Environment, Food and Rural Affairs (EFRA) Committee last month provided evidence that the Government needs to take urgent action to clean up our air and prevent the statistics increasing.

The report is backed by campaigners and a cross-party of MPs, who say the Government is not doing enough to tackle the problem of air pollution.

Jenny Bates, Air Pollution Campaigner at Friends of the Earth, said: “Dirty air is already the nation’s biggest killer after smoking. The solutions are out there but we need the Government to listen to MPs and campaign groups and take more urgent action now.”

Diesel vehicles are known to be a prominent source of nitrogen dioxide (NO2), a damaging gas which contributes to thousands of early deaths every year by making lung and heart conditions worse.

Shocking new data shows that levels of NO2 on London’s top most polluted streets, according to official monitoring stations in the first three months of this year, averaged up to 133 micrograms per cubic meter (µg/m3). The legal level for the entirety of the year is an average of 40µg/m3.

The Prime Minister, David Cameron, has been strongly criticised for putting the “interests of car companies before people’s health” and earlier this year ClientEarth revealed that the UK secretly lobbied in Brussels for pollution limits to be relaxed.

On 29 April 2015 the Supreme Court ordered the Government to produce new plans that would bring down the UK’s air pollution as soon as possible. However, after the Government failed to tackle illegal levels of air pollution, the judge has decided to return the case to court later this year.

The Government did release air quality plans in December last year, but they were deemed “woefully inadequate” and ClientEarth has urged judges to disregard those plans, order new ones and intervene to make sure the Government acts properly.

In the year since the verdict, despite ClientEarth’s legal victory over the government, which led to an unprecedented order by the UK’s highest court, air pollution in London is still reported to be three times higher than the legal limit.

Alan Andrews, Lawyer for ClientEarth, said: “You have to doubt the government’s commitment to protecting the British people from harmful air pollution when this is their response to a public health crisis.

“The government’s new plans to tackle air pollution are woefully inadequate and won’t achieve legal limits for years to come. The longer they are allowed to dither and delay, the more people will suffer from serious illness or an early death.”