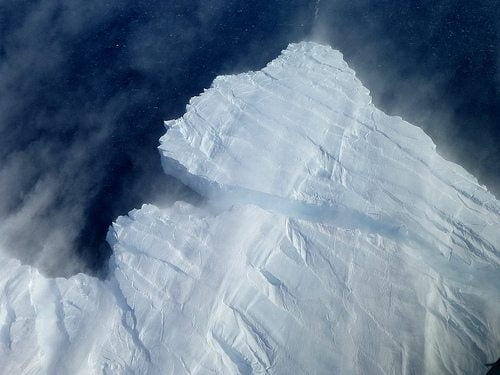 The largest glacier in the Antarctic, the Pine Island Glacier, has generated an iceberg of 720 square kilometres (sq km) in size, two years since a crack was first spotted.

The newborn iceberg, which measures eight times the size of Manhattan, is now floating in the Amundsen Sea. The Pine Island is one of the largest and fastest flowing glaciers in Antarctica.

Researchers from the Alfred Wegener Institute have been monitoring the ice shelf via satellites since it first cracked in 2011.

“As a result of these cracks, one giant iceberg broke away from the glacier tongue. It measures 720 sq km and is therefore almost as large as the city of Hamburg“, said Angelika Humbert, ice researcher at the institute.

“The creation of cracks in the shelf ice and the development of new icebergs are natural processes.”

She said that the increasing flowing speed is likely to be disconnected from higher air temperatures. However, alterations in the wind directions in the Amundsen Sea might have played a role.

She added, “The wind now brings warm sea water beneath the shelf ice. Over time, this process means that the shelf ice melts from below, primarily at the so-called grounding line, the critical transition to the land ice.”

If the western Antarctic ice shelf is going to flow as fast as the Pine Island Glacier did, there might be serious consequences connected to the rise of sea levels.

Humbert said, “The western Antarctic land ice is on land which is deeper than sea level. Its ‘bed’ tends towards the land. The danger therefore exists that these large ice masses will become unstable and will start to slide.”