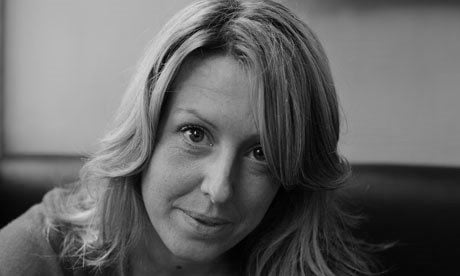 Bryony joins Environmental Defense Fund after a career spent campaigning for environmental solutions in a range of organizations, including the civil service, where she helped draft the UK Climate Change Act 2008; UK energy firm Scottish and Southern Energy; Friends of the Earth; and most recently as founder and Managing Director of the Sandbag Climate Campaign. She was appointed a member of the House of Lords in 2010 and served as a Shadow Minister for the Department of Energy and Climate Change, stepping down in late 2015 after leading two energy bills through the Lords.

“Under Bryony’s leadership, Environmental Defense Fund will bring a fresh voice to the European environmental debate — a voice for practical solutions grounded in science and harnessing the power of markets,” said Board Chair Carl Ferenbach. “We are honored and delighted that Bryony has chosen to join us and bring her considerable skills to bear as a champion for effective environmental policy.” Ferenbach, who cofounded Berkshire Partners in 1986, served as a Managing Director through 2011, and has served as chairman of the board of Environmental Defense Fund since 2008, and chairman of the board of its European affiliate since its formation in 2015.

“No single entity can do what’s needed to address today’s increasingly complex and global environmental problems,” said Environmental Defense Fund President Fred Krupp. “Solving these problems requires collaboration on a far greater scale, not only among nongovernmental organizations but also among partners ranging from investors and inventors to fishermen, government officials and business executives. Bryony is uniquely qualified to help Environmental Defense Fund bring these voices to the table from across the political spectrum.”

The Rt Hon. Lord Barker of Battle, who serves on the Environmental Defense Fund Europe board, also hailed the appointment. “I’m delighted Bryony and I will be working on the same team, promoting practical, non-ideological solutions to some of the world’s most pressing environmental problems,” he said. “By combining the latest scientific evidence with smart policy-making, we can ensure capital flows to where it makes the biggest impact. I’m looking forward to working with Bryony to establish Environmental Defense Fund Europe as a progressive force for change.” Greg Barker recently served as Energy Minister in the coalition government and is now actively involved with a range of organizations promoting sustainable energy solutions.

Globally, Environmental Defense Fund focused on four key areas: climate and energy, oceans, ecosystems, and human health. In Europe, the focus is currently on developing and implementing solutions in the areas of marine fisheries and clean energy—two critically important issues where Europe plays a central role and where Environmental Defense Fund brings strong expertise. Our global goals are set out in the strategy document Blueprint 2020 and our Annual Report 2015 describes recent achievements.