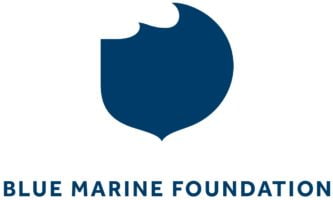 Blue Marine Foundation (BLUE) has revealed its plan to reintroduce oysters to the Solent. The Solent, the area of water in between the Isle of Wight and mainland England, was once thriving with oysters – so much so that it supported the biggest oyster fishery in Europe. BLUE are on course to re-seed oyster beds in the strait in the next four years.

Leading a coalition of stakeholders made up of fishermen, marine experts, local authorities, scientists and conservationists, BLUE is set to purchase 10 million hatchery-reared juvenile oysters to re-seed oyster beds and increase the coverage of oysters in the Solent by 2020, with the long-term aim of enabling the sustainable harvesting of oysters.

On the project, Charles Clover, Chairman of BLUE said: “Early signs from the Oyster broodstock programme at BAR Land Rover show that the technique of suspending cages of oysters under rafts in marinas can enhance the amount of oyster juveniles or ‘spat’ reaching the oyster beds.

“We are now ready to go a stage further.  The coalition has researched and developed a rigorous 5-year plan for oyster re-introduction. And we now seek contributions towards the £250,000 needed to re-seed ten million juvenile native oysters in the Solent.

“We are in talks with a number of local and national corporations who are keen to play their part in helping restore the Solent back to its former glory. It’s an incredibly exciting project to be involved in and one which is generating lots of interest both in the UK and overseas.”

The Solent’s oyster fishery, which dates back to Roman times, was the largest fishery in Europe for the native oyster, Ostrea edulis, as recently as 1978.  Until then, up to 450 boats were catching oysters in the Solent and adjacent inshore waters between Weymouth and Chichester, employing more than 700 men at sea and landing up to 15 million oysters a year. However, this level of fishing turns out to have been unsustainable, and, together with the effects of invasive species and disease, it eventually led to a collapse in numbers and the closure of the fishery in 2013. That ban remains in place two years on.

The native oyster has been identified as one of the most threatened species that requires conservation action at the national level – and is classified as a priority species in the UK Biodiversity Action Plan.

Dr Joanne Preston of Institute of Marine Sciences, University of Portsmouth, said: “So far the pilot study we are running has proved highly successful. We are testing the use of floating cages to house protected broodstocks of native Oysters. The real test will be how they grow during the summer months, and most importantly if they successfully reproduce. Once this novel method is optimized, we hope to scale this up across the Solent, providing a significant protected broodstock of oysters that can generate spat to re-populate the wild seabed population year after year.”

Dr Susie Tomson, Sustainability Manager of BAR Land Rover, said: “We are very excited that the results of our pilot project at our Portsmouth base will contribute to BLUE’s 10 Million oyster initiative.  Through taking part in the recent America’s Cup World Series, we have created links with the Billion Oyster Project in New York Harbour. Helping to restore the native oyster, an important part of the local ecosystem, is one of many ways that we, as a sailing team with our Exclusive Sustainability Partner, 11th Hour Racing, are committed to protecting and raising awareness of our oceans and their ecosystems.”

The 10 million native oyster project offers an unprecedented opportunity to restore this keystone species and enable a wide-range of ecological and community benefits to the region:

Oysters provide significant benefits to the marine ecological services environment. Oysters improve water quality by filtering large volumes of water (a single native oyster can filter up to 200 litres of water a day).

Oysters also provide a habitat and rich food source for marine life and increase the productivity of the ecosystem. Restoring the oyster would therefore significantly improve the environmental conditions needed to support the Solent’s waterways – already surprisingly rich in biodiversity (its waters support migratory salmon and sea trout, and its natural harbours act as critical nursery areas for bass).

The project will start to provide a number of socio-economic benefits for the local community. By improving the marine conditions, the restoration of oyster habitats could help to boost some fish stocks and enhance the livelihoods of local fishermen.

One of the project’s long-term aims is to ensure a sustainable supply of oysters for harvesting. This will help re-establish an important strand of the economy on the south coast, as fishermen would be able to harvest and sell their oysters to local restaurants, hotels and the wider food industry.

Finally, the oyster’s ability to filter water will contribute to cleaner and clearer water for the enjoyment of those using the Solent for recreational activities.