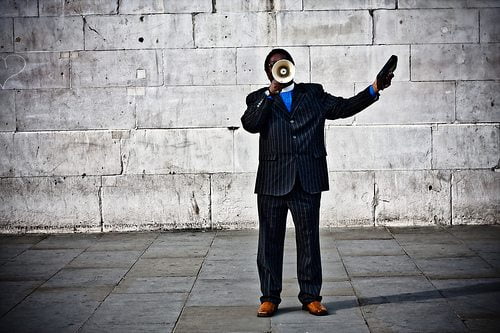 “To hell with the planet, we’ve got to protect its people!” This isn’t the exact sentence that was recently said to me, but a similar perspective that seems common in many charities and organisations.

Speaking with a staff member of one of the UK’s most well-known charities with a social focus, this theme was dominant. The single-minded aim of the organisation was to assist its core target group. This it apparently does very well and has huge revenues (over £100m annually) yet has a massive hole in its strategic strategy.

By ignoring its own contribution and responsibility to become sustainable in the future (and to encourage others to do the same) the social outcomes it seeks to achieve will be completely undermined by the impacts to the natural environment. These will decimate the economic systems which it depends upon for its income and also the natural systems upon which its target social group rely for their continued existence.

This seems crazy, yet charity after charity suffers the same problem: sustainability blindness. Why?

Their committed staff are extremely focused at tackling the challenges those they represent face. Their donors may not care for sustainability issues and may want all income to be devoted to its core goals. The management and board may be charged with just meeting the needs of their beneficiaries without any awareness of the potential damage they are doing through their operations in the medium and long-term.

Also, it may highlight the other challenge that by highlighting wider sustainability issues they open up their donors to other charity ‘competitors’ eager for donations to support their own goals. Keeping quiet about wider sustainability may from a competitive point of view be a great idea, but from a long-term one it’s pretty dumb.

Such sustainability blindness has to be highlighted and charities called out for this. If you are a donor to any socially-focused charities, then ask them, “Do you have a strategy for achieving sustainability in the future?” If they don’t, then they don’t have their own beneficiaries at heart, let alone yours.

Use your influence and state that unless they illustrate clear change, then you will give your money to a charity that wants to contribute to society and the planet in the future, rather than help slowly damage them.

Charities are just one example; many social enterprises operate similarly. These sectors have to recognise the inconsistency and use their significant leverage to help change the system.

According to the Charity Commission, the charity sector alone has an annual turnover of over £60 billion a year. If that was used to deliver the social goals in a sustainable way, then there would be a massive and even game changing movement.

This would support the organisations providing the goods and services they need and delivering them in sustainable ways. Such a movement may increase costs by a few per cent of turnover, yet if this was considered an investment to enable a future to be one avoiding the massive threats of environmental impacts and social upheavals that would otherwise occur, then it would be money very well spent.

It’s time for the charity sector to begin working together, using its common knowledge and committing to helping become leaders in the wider campaign to ensure the planet can be protected to meet our future needs.

Together it can create a voice and a loud voice, one that becomes heard through the resources it has, including its income, staff, lobbying powers and volunteers. It also has its members and donors, millions of them, each with a trusting relationship ready to listen to the charity as a respected peer.

By channelling the voice of the charities to these people, we have the potential for behaviour change on a massive scale – as well as supporting the mechanisms to enable those people to also reconsider with whom they spend their money, as consumers and investors.

When we get to this stage, we can achieve the transformation of not just the economy, but increasingly society, so that it is switched on to understanding and contributing to a shared sustainable future.

Simon Goldsmith has worked in the sustainability arena for the past 20 years, working in many sectors from campaigning for environmental NGOs, to reducing the impacts of multinational oil and gas companies. He has master’s degrees in both in sustainability leadership and environmental policy and works to help create innovative local solutions and lever ideas for transformational sustainability change. He is currently head of sustainability at the University of Greenwich, helping co-create and deliver their sustainability ambitions and visions throughout the organisation and beyond.