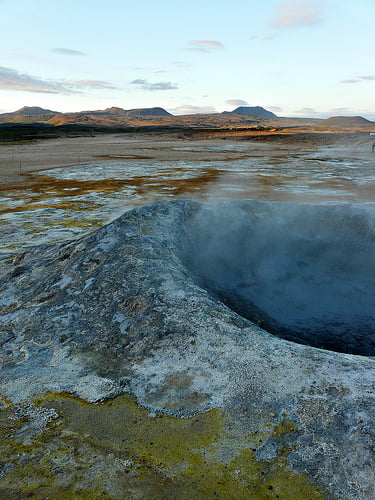 Chile is said to be considering geothermal energy as part of its energy mix, in an effort to boost its renewables sector and achieve energy self-sufficiency.

Gonzalo Salgado of the Chilean Geothermal Energy Association (ACHEGEO) told Tierramérica that the area has great potential for geothermal power, which involves the creation of electricity from underground hot water through a system of turbines.

A previous study by the University of Chile revealed that the country could generate 16,000 megawatts (MW) of geothermal energy.

Chile currently gets a large part of its electricity from hydropower, but wind energy is also rapidly increasing. Overall, its renewable energy share for electricity is 40%. However, hydropower has caused some problems, especially among indigenous communities, which have opposed the construction of new dams.

The government hopes to reach a total 10% renewable energy share by 2024. Geothermal energy seems crucial to achieve this goal.

“The solutions for energy dependency are numerous: we need to talk about energy efficiency and many other things, but obviously, geothermal power is one of the inputs that could help to solve this problem”, Salgado told Tierramèrica.

To support these plans, the Chilean government has begun a partnership with New Zealand, where geothermal power currently provides 10% of the country’s electricity. It is also widely supported by the public who see it as an efficient form of renewable energy.

On this day in 1815: Mount Tambora erupts