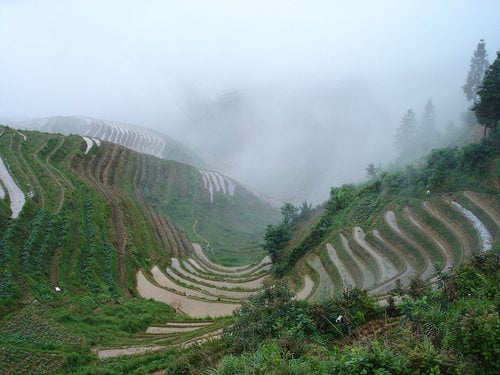 China’s use of water for agriculture has come under scrutiny, with crops grown in water-stressed regions later exported to areas that experience lots of rain. Experts have said that the country needs to manage its land and water more sustainably.

China is putting enormous pressure on its already a- risk water resources by irrigating crops grown in regions where water is scarce and exporting them to other areas where water is abundant, according to new research.

This is because the country already suffers from shortage of arable land, much of which is in the north, where water is scarcer. This has resulted in around 65% of available water being used for irrigation in China.

A study published in the Proceedings of the National Academy of Sciences journal has pointed that rapid urbanisation and growing meat demand in the country are worsening the phenomenon, putting even more pressure on water reserves.

The study analysed soya, wheat, rice and corn, as well as ruminant, pork and poultry livestock sectors and calls for a more sustainable agriculture.

The researchers said, “We analyse the virtual water flow patterns and the corresponding water savings. We find that this interprovincial network is highly connected and the flow distribution is relatively homogeneous.

China’s situation is further complicated by its issues with pollution. Data released in April claimed that 59.6% of sites in 2013 had poor or extremely poor water quality, because of polluted groundwater.