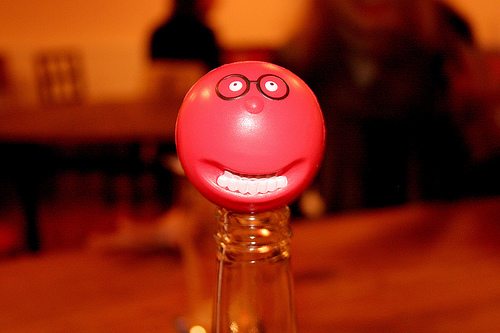 On Tuesday night, BBC Panorama is set to accuse Comic Relief of investing in the tobacco, alcohol and arms industries. Hiding behind the laws of fiduciary duty, the charity maintains it has nothing to hide. But investing to contradict its mission is plain wrong.

If the defence is that if something is legal, it represents a valid investment opportunity, then if slavery was legal, would Comic Relief invest in it? The answer should, of course, be a resounding no. The practice was abolished nearly 200 years ago in the UK, and although it still happens in certain areas of the world, it is completely deplorable in any civil society.

Whether Comic Relief would invest in slavery raises some interesting issues. The charity, among the most popular in the UK, will tonight be accused by BBC Panorama of investing in tobacco, alcohol and armaments – specifically and most notably £630,000 in arms manufacturer BAE Systems.

The Campaign Against the Arms Trade (CAAT) points out that in 2010, BAE was fined £30m for selling an outdated military air traffic control system to Tanzania – a poverty-stricken country in which Comic Relief works to alleviate poverty.

These industries are odd bedfellows for any mission-driven organisation. But for a charity like Comic Relief, whose prime remit is to alleviate poverty and suffering at home and abroad, they surely contradict entirely. You don’t have to be an enlightened investor to see that investing in the very same tobacco firms whose products are causing premature death and widespread disease in places with little access to public health is wrong.

Despite this, Comic Relief’s response has been inadequate and certainly incommensurate to the justifiable criticism. It said last week, when the BBC revealed Panorama would be airing the investigation, that it had “nothing to hide”. It added that everything it was doing with its money was entirely legal – but this isn’t good enough. “It’s legal” is, as one tweeter pointed out, the worst possible answer in this situation.

“It’s legal” is not a defence – though it does raise necessary questions over the make-up of the current laws. That said, Charity Commission guidance, published in 2011, is fairly revealing: “The law permits the following reasons [for investing ethically, even if lower returns are anticipated]: a particular investment conflicts with the aims of the charity; or the charity might lose supporters or beneficiaries if it does not invest ethically; or there is no significant financial detriment.”

Simon Howard, chief executive of the UK Sustainable Investment and Finance Association (UKSIF), debunked a whole host of myths relating to the supposed underperformance of ethical funds last week. In response, Comic Relief said, “If we had invested £50m across the FTSE4Good indices, as opposed to the equivalent FTSE indices, we would have lost around £10m over the last 10 years.”

But instead of anything goes, what it should be saying is that it would be conducting a thorough internal investigation into its investment policies to ensure its money was not only avoiding the unethical industries, but not contradicting its core function as a charity.

Ethics are personal and certainly not black and white. If, for example, Comic Relief decided to invest in nuclear power, it would likely raise another interesting debate. There are benefits of nuclear as an energy source – it’s low-carbon and provides reliable power – as well as the well-known negative aspects such as proliferation. But can similar arguments be made for tobacco firms, the arms trade and alcohol manufacturers? “The returns are quite good” is not a legitimate riposte.

The problem with the Comic Relief situation is that it doesn’t control what its money is doing. It isn’t the first mission-driven organisation to have been caught out because of this. Whereas the likes of the Church of England invest partially in pooled funds – which allow investors to invest alongside others – Comic Relief puts its money into blue chip managed funds. These are large funds that deliver reliable returns, and which, in theory, would include companies like Wonga – which the church was found to be investing indirectly in back in July.

Jane Tully, head of policy and public affairs at the Charity Finance Group, said that charities should look to avoid investing against their stated missions “as a minimum”. She admitted, however, that it was often difficult in practice – particularly for large investors like Comic Relief.

She added, “Generally as good practice, all charities should have an investment policy that sets out the parameters of their investment activities, including at a high level what their trustees have agreed they can or can’t invest in.

“They should also consider the fact that the public expect them to be good and responsible investors. Investing in a way that conflicts with what they do, or damages reputation may harm their mission and have long-term impacts on donors’ willingness to give – a loss of support that may ultimately undermine the financial return generated anyway.”

The reputational impact of the BBC Panorama investigation on Comic Relief is as yet unknown. But it’s unlikely to do it any good in the eyes of the British public who so generously pledge money to its worthwhile cause each year.

To go back to my original question, if slavery was legal, would Comic Relief invest in it? Probably not. But tobacco, alcohol and the arms trade are seemingly decent bets – and making its charity work ever harder with every extra penny.

Comic Relief’s work is invaluable to the poorest people in our own country and overseas. Due to its mission and its reliance on the generous support of millions, we should rightly hold it to a higher standard than other investors.

We will always applaud Comic Relief’s many good works. But we must deplore such bad investment decisions and look forward to it revising its policies.