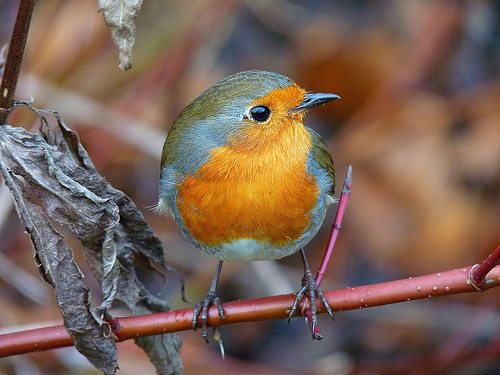 Natural England has launched a new consultation that suggests people should be able to destroy robin, pied wagtail and starling nests and remove any eggs – but only if there are safety concerns around them.

The organisation said that since there are no conservation issues with these species, the government could work on a licence to allow “taking, damaging and destroying of nests and eggs” if they present a potential hazard, for instance if they are located in ventilation flues.

However, the Royal Society for the Protection of Birds (RSPB) argued that issuing a general license would allow people to kill birds and destroy nests without declaring it. This, it said, could mean the practice would be completely unmonitored. It added that the number of starlings in Britain was falling and such measures could worsen the situation.

It has also been suggested that other species, such as the greylag geese, the Egyptian goose, the African sacred ibis and the Indian house crow could be killed or have their nests destroyed under a general licence where they represent a threat to agriculture or to local flora and fauna.

Robin Wynde from the RSPB said, “The number of nesting robins, starlings and pied wagtails prompting legitimate health and safety concerns in any year is very, very small, and we shall be responding to Natural England that it would be disproportionate to change the current licensing system, which should easily cope with genuine problems.

“We are a country of bird-lovers. Do we really need to take birds out, or can we find other solutions? Surely we can go the extra few centimetres to look after our bird life?”