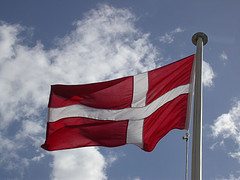 Wendel Trio, Director of Climate Action Network Europe said: “Denmark used to be a global leader in the fight against climate change. It has long been a pioneer in wind power, set world records in renewable electricity production and introduced even more ambitious aims for the future, including independence from fossil fuels by 2050. Now that many other countries are following that path, Denmark is losing track”.

“All over the world, the renewable industry is continuing to grow at a breath-taking rate, triggering off job growth that strengthening economies. Denmark seems to be willing to join the group of those EU countries, who are swimming against the global tide, hampering development of the renewable sector with policy changes. This is why the EU risks falling further behind China, the US and others in renewable energy investments”.

“Denmark wants to nearly halve the financial support it gives to vulnerable developing countries, despite their growing needs both to cope with the devastating impacts of climate change, and to pursue development pathways that leapfrog the use of dirty and polluting energy. Some EU Member States have made important announcements to increase climate finance between now and 2020, however, the EU as a whole is still not on track to meet its fair share of the global goal of 100 billion US dollars by 2020. Rich countries such as Denmark need to step up, rather than run away from their commitments”.

Related Topics:Fossil of the Day