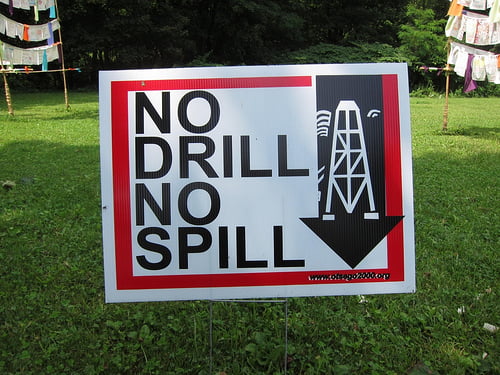 Davey says fracking can resume in the UK

Energy secretary Ed Davey has revealed the government’s plans to allow hydraulic facturing (fracking) operations to restart in the UK, despite fears that the natural gas extraction method can cause seismic activity and groundwater pollution.

Davey said that the verdict would assist the UK’s transition to a low-carbon economy, and that fracking – which involves pumping pressurised fluid into shale rock, causing it to fracture (‘frack’) and produce fuel in the form of shale gas – “represents a promising new potential energy source”.

He added, “My decision is based on the evidence. It comes after detailed study of the latest scientific research available and advice from leading experts in the field.

“We are still in the very early stages of shale gas exploration in the UK and it is likely to develop slowly. It is essential that its development should not come at the expense of local communities or the environment. Fracking must be safe and the public must be confident that it is safe.”

The ruling comes attached to a condition that says new controls must be implemented in order to deal with the risks of potential seismic activity.

“We are strengthening the stringent regime already in place with new controls around seismic risks”, Davey said.

“And as the industry develops we will remain vigilant to all emerging evidence to ensure fracking is safe and the local environment is protected.”

The Department of Energy and Climate Change’s (DECC) decision to allow fracking to continue was announced on the same day as the government’s own climate advisers, the Committee on Climate Change (CCC), revealed in a report that consumer energy bills could end up being £600 higher because of inflated gas prices in the future, than if a low-carbon power system was adopted.

Lord Deben, chairman of the CCC, said, “Our analysis confirms the benefits of adopting a strategy which invests in low-carbon technologies.

“This provides a portfolio of energy sources as insurance against the risk of high gas prices. It lessens the impact on household bills in the long-term and enhances the competitiveness of UK industry.”

DECC’s fracking verdict has been met with derision by green groups, who believe that unlike the US, where a huge rollout of fracking operations has seen consumer bills plummet, the UK is not well-equipped for the gas extraction method.

Meanwhile, there have been protests in Blackpool, where fracking was suspended for a period because it was thought to have caused a number of earthquakes.

“George Osborne’s dream of building Dallas in Lancashire is dangerous fantasy. He is not JR Ewing and this is not the US”, said Greenpeace energy campaigner Leila Deen.

“Energy analysts agree the UK cannot replicate the American experience of fracking, and that shale gas will do little or nothing to lower bills.

“Pinning the UK’s energy hopes on an unsubstantiated, polluting fuel is a massive gamble and consumers and the climate will end up paying the price.”

Friends of the Earth executive director Andy Atkins said that giving the go-ahead to fracking would “send shockwaves across the UK”.

He added, “George Osborne’s short-sighted dash for gas will leave the country dependent on dirty fossil fuels – MPs must stand up for a safe and affordable future by insisting on clean British energy from the wind, waves and sun.”

On Monday we called for responsible journalism on fracking and with this decision we will need it more than ever.