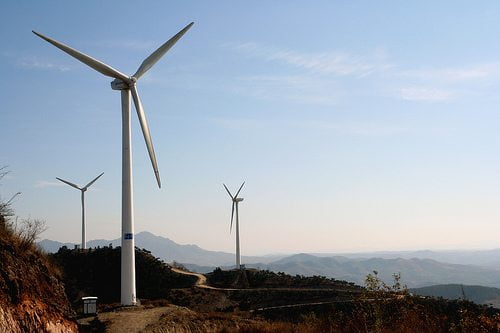 NTR announces today that it has successfully secured the first of a number of project debt facilities for wind projects under its new €250 million wind fund with the financial close of a £16.8 million (€21.5 million),project finance debt facility secured with Ulster Bank Ireland Limited. The senior debt facility will be utilised to finance the construction of the Ora More wind farm, a 15 MW wind farm based in Co. Fermanagh, Northern Ireland. With construction underway and employing approximately 50 people on site at present, Ora More is expected to be operational by the end of the year.

NTR’s Chief Financial Officer, Marie Joyce said; “This is the first project financial close since the launch of our new wind fund and we are very pleased to have partnered with Ulster Bank to achieve this important milestone. We expect 2016 to be a very active year for us as we finance and build out a number of projects that we have recently acquired.”

Ulster Bank is an active project financier of renewables projects in the Irish Single Electricity Market and commenting on the transaction, Head of Corporate Banking and Capital Markets for Ulster Bank, Stephen Masterson said; “Ulster Bank considers the renewables market to be a growing and dynamic sector with strong returns potential. It is a sector in which we like to participate with partners with a well established track record like NTR and we are delighted to be the sole project finance debt providers for the Ora More wind project.”

The Ora More wind project will deploy six GE 2.5MW turbines and will generate enough electricity to power approximately 13,000 homes with clean energy. NTR has entered into a power purchase agreement with SSE Airtricity, SSE plc’s retail energy brand operating in Ireland’s all-island energy market. SSE Airtricity will have the offtake of the renewable energy generated at Ora More for a period of 15 years covering existing Single Electricity Market (SEM) arrangements as well as any new market design arrangements under the Integrated Single Electricity Market (I-SEM), due to come into operation by the end of 2017.