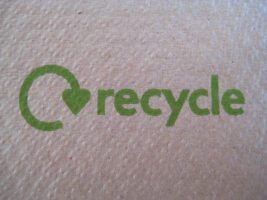 The Eccentric Habits Of Britain Revealed

Recycling, using aeroplanes less and becoming a vegetarian can reduce our environmental impact. However, a new survey has indicated there is a stranger side of going green.

Making wildflower seed bombs, ditching lawnmowers for Poldark-style scythes and eating less baked beans to limit personal emissions are all changes Brits are making for the planet, according to a poll carried out by renewable energy company Good Energy.

The top 10 eccentric habits were:

Driving less or switching to renewable electricity are now common knowledge, but this survey shows that there are plenty of other, and sometimes unusual ways, of being greener.

Mike Childs from environmental charity Friends of the Earth said: “As experienced environmental campaigners we have seen plenty of fantastic ideas from people eager to make small but meaningful changes, and the British public continue to be full of surprises.

“It would certainly make for an interesting summer to see Aidan Turner lookalikes practising their scything skills in gardens from Cornwall to Carlisle.”

“A lot of the suggestions have multiple benefits: cycling and walking make you feel good, and by saving a short car trip it’s a meaningful way of reducing air pollution.”

The survey of 2,000 UK adults found that the most popular green changes for 2016 were saving energy at home; cycling and walking instead of driving; reducing, reusing and recycling and buying locally.