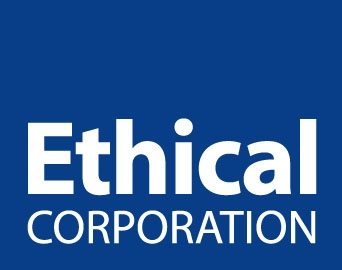 Ethical Corporation has grown to become one of the most respected voices in the CSR space. Ahead of its fifth annual Responsible Business Awards, director Sara Baylis and Zara Maung, editor of Ethical Corporation magazine, speak to Tom Revell about the past, present, and future of ethical business.

It is a busy time in the offices of Ethical Corporation. Later this month, on September 29, the leading intelligence provider will host its fifth annual Responsible Business Awards, bringing together the best of ethical business in Mayfair.

In the Art Deco halls of Sheraton Park Lane Hotel, the event will celebrate the successes of new approaches to sustainability and the implementation of environmental, social and governance (ESG) principles.

Its popular magazine business, which has recently gone digital, is accompanied by webinars, podcasts and other forms of interactive content, introducing readers and listeners directly to the trendsetters, the modernisers and the sharpest minds in the ethical business space.

Likewise, Ethical Corporation’s international portfolio of conferences caters for a range of industries, while its series of business intelligence reports are available for all.

The purpose of all this, explains director Sara Baylis, “is to help companies do the right thing.

“We want to help companies big and small to grow sustainably, and to ensure their social and environmental approach is responsible and sustainable. That is what we try to do through all of our products and all of our engagement with our customers.”

Those roughly 3,000 customers tend to be corporate social responsibility (CSR) executives, but also among them are NGOs, thinktanks, academics and even governments.

That so many professionals from so many sectors are taking note says much about the advance of sustainability and CSR concerns into the mainstream.

The ethical business space today is virtually unrecognisable when compared to that of 2001, when Ethical Corporation was established. In that time, the concepts of sustainability and responsibility have ditched their outsider status, donned suits, and entered the boardroom.

“Internally, we are seeing CSR becoming something that is less segregated and more something that runs through the entire culture and structure of the organization,” Baylis says.

Baylis points to the increasingly high profile of Ethical Corporation’s collaborators as evidence of this. For example, the corporation’s last responsible business summit, held in May, featured an address from Justin King, the renowned then-CEO of Sainsbury’s.

“Now CSR a key part of business, and that can only be a positive thing,” Baylis adds.

This trend is visible throughout the business world. Some 93% of the largest companies in the world now prepare sustainability reports. Examples of high profile brands putting CSR principles into meaningful practice, and seeking truly sustainable growth, are becoming more and more frequent.

Last week, Nestlé-owned coffee brand Nespresso announced plans to invest £330 million to become carbon neutral. Earlier this summer, Kellog’s and General Mills both committed to sourcing all of their major ingredients responsibly by 2020.

Asked for her favourite example of CSR in action, Baylis puts forward clothing retailer Patagonia. Patagonia’s unique, long-running campaign urges consumers not to buy its products, unless they really need them.

The company asked all customers that did buy its products to take care of them, and buy second hand clothing where possible. Somewhat ironically, the message was well received, and Patagonia’s annual sales rose by 40%.

“I found that really inspirational because it is a way of ensuring that you’re not only creating a competitive advantage for yourself, but also of informing and educating the consumer, meaning they making better choices,” Baylis says.

In June, the leading multinational retailer published a new series of recommendations to improve the implementation of sustainability in its stores and renewed ethical commitments across its operations.

“Marks & Spencers are quite an exciting example at the moment,” Maung says.

“They were one of the first big retailers to start thinking about sustainability in every aspect of its business. They pioneered in a lot of areas, such as increasing supply chain transparency, and working with suppliers on the ground.”

Many factors have been at play in the rise of sustainability and CSR up the agenda, but perhaps most important has been growing consumer demand. As Patagonia has demonstrated, sustainability is good for business.

While awareness of sustainability and social issues has been raised, the market for ethical goods has been steadily expanding, growing by more than 12% in 2012, according to research from Ethical Consumer. In 2013, the Fairtrade sector grew by 14%.

“Wherever in the world things occur now, these days with social media and general transparency, corporations can’t keep things secret anymore. The impact of anything dodgy happening is that much bigger, so I think companies are more aware that consumers know what they’re up to,” says Maung.

Baylis adds, “I think that consumer demand is a key part of what will ensure that sustainability becomes completely central.

“The pressure is going to be on from consumers, and that will ensure that all companies will have to sit up and take notice.”

Another important source of pressure is investors, as demand for sustainable investments has followed a similar trajectory.

“Corporations are being encouraged to be as transparent as possible and investors are very interested in these areas,” Baylis says, “and not only because of sustainable growth and the business case, but also because of the risk perspective as well.”

Maung adds, “The financial crisis was a red flag for everyone that business needed to start doing things in a more transparent and sustainable way, otherwise the repercussions would be economic, not just reputational.

“I think a lot of businesses are trying to embed sustainability more and more, and they’re seeing the business case for doing that, because we live in an increasingly resource-constrained world.”

In the future, both Baylis and Maung optimistically expect CSR to become even more central in the corporate world, even in sectors that have historically been resistant.

This year, Ethical Corporation held a conference for the extractives industry – its best attended to date.

“There will be some companies that are slower to adapt than others, but I would say that in every industry there’s an impact that has to be considered,” Baylis adds.

“We have to be careful we are facilitating real discussions and real change, that is our part in that.”

But the responsibility for affecting real change doesn’t lie only with brands, executives and the busy employees of Ethical Corporation. As shoppers, clients and patrons we all shoulder that responsibility.

“We need to ensure that we as consumers become wise and educated because that will create pressure from one angle, and then regulation will add pressure from the other angle,” Baylis says.

“Eventually, I hope, all corporations will just see this as how to do business.”