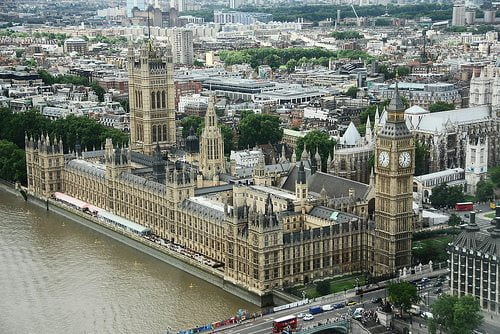 Conservative MP Richard Benyon has left his role at the Department for Environment, Food and Rural Affairs (Defra) amid the cabinet reshuffle, with George Eustice in line to replace him.

Benyon, who had served as under-secretary of state at Defra since the coalition came to power in 2010, tweeted on Monday, “On back benches! 3 and half really fun years with much achieved. Really appreciate time working with outstanding Ministers and Officials.” The BBC Radio 5 presenter Nicky Campbell said Benyon had “a superb grasp of wildlife issues”.

His replacement, Eustice, was formerly an energy adviser in David Cameron’s policy team and also press secretary during the prime minister’s leadership campaign in 2005.

The Independent described him as “a long-time opponent of onshore wind and solar farms”, after he wrote on his personal blog in June, “The sudden proliferation of random, single turbines is starting to blight the Cornish countryside.”

In another post, however, Eustice spoke of a parliamentary event he attended, hosted by Friends of the Earth, about bee protection. “As someone who grew up on a fruit farm, I was always very conscious of the importance of bees to life”, he wrote, adding that he looked forward to “further schemes to help these great creatures”.

The UK, led by environment secretary Owen Paterson, was one of only eight EU countries to vote against a wide-ranging ban in April on three streams of pesticide that scientists said were harmful to bees.

Greenpeace’s chief scientist Dr Doug Parr said at the time that Paterson had “exposed the UK government as being in the pocket of big chemical companies and the industrial farming lobby.”

Eustice’s Defra brief will cover areas such as fisheries, flooding and biodiversity, and he will be joined by Lib Dem MP Dan Rogerson – who has been appointed in the same role.

Elsewhere in the cabinet, Mark Prisk was sacked as housing minister and Michael Moore as Scottish secretary. The Lib Dem Alistair Carmichael replaces the latter.

Meanwhile, there are also new roles for Robert Goodwill and Lady Kramer at the Department of Transport and Norman Baker at the Home Office.

UPDATE: In the shadow cabinet, Gloria de Piero is now shadow minister for women and equalities; Emma Reynolds is shadow minister for housing; and Mary Creagh and Maria Eagle have swapped roles, with each now taking on the transport and environment briefs respectively.