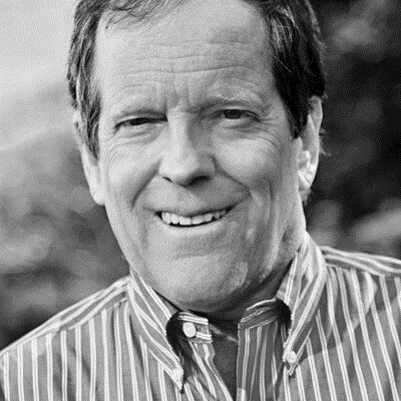 Fount (or font) of all knowledge Wikipedia distinguishes Carl Pope from two others that share his name (a 19th Century laywer and an African-American artist) with ‘environmentalist’ in parantheses. Pope has been a Peace Corps volunteer in India in the 1960s, a former Political Director of Zero Population Growth, author alongside Paul Rauber of a book entitled, ‘Strategic Ignorance: Why the Bush Administration Is Recklessly Destroying a Century of Environmental Progress’, a former Executive Director then Chairman of the Sierra Club, and a lot more besides. ‘(Environmentalist)’ only partially describes the extent of Pope’s achievements.

You spent nineteen years as Executive Director and then Chairman of the Sierra Club – what was the biggest change in the US attitude towards climate change over those two decades?

Sadly the biggest shift was the increasing partisanship that emerged as incumbent fossil industries and their political allies attempted to slow down the inevitable transition to cleaner energy sources by casting doubt on the science of climate change and turning your position on atmospheric chemistry into an ideological and partisan litmus test. As a result, almost everything that is said in public by conservative political figures on climate is something they themselves do not really believe.

Why did you choose to work with Michael R. Bloomberg as his Senior Advisor on Climate?

It was the connection Mike Bloomberg makes between climate and the leadership role of cities he foresees for the 21st century that attracted me so strongly.  Mike has identified the fact that while nation states can – and frequently are – taken hostage by ideology or the narrow economic interests of incumbent energy producers, cities are pragmatic, innovative energy consumers eager to move into the future.

The most positive outcome to date has been the crowding in of coalitions of  ambitious sub-national actors – cities, with the Compact of Mayors and the Covenant of Cities, regions with the Compact of States and Regions, plus the Under 2o MOU, hundreds of major businesses pledging to go carbon neutral, or source all of their electricity from the renewables. Never has there been so much energy and action taking place bottom up from local government and the private sector.

Going forward, for Paris to succeed, the OECD countries must create the necessary financial architecture for trillions of dollars of investment to flow into resilient, low carbon infrastructure and clean energy in emerging markets and less developed economies.  We know that these investments are solid and attractive, but only if markets have the necessary risk insurance and liquidity mechanisms, which need to be created and committed to in Paris.  Cities, for example, need legal permission to borrow, and credit rating to assure investors, if they are going to build, say, the Bus Rapid Transit systems they need. Then watch the money flow!  That’s where Mike Bloomberg’s team will be putting their energy post-Paris.

Climate Action Tracker (CAT) say the combination of global climate action plans (INDCs), if implemented, would bring global warming down to 2.7˚C – still too hot for comfort. How do we encourage the world to go further, faster?

Well, first note that as recently as last December CAT’s projection was for 3.1oC.  And we need to get – in my opinion – down to 1.5oC even though the official UN goal is 2o.  So in ten months, we eliminated one-third of the gap towards 2o.  We do need to accelerate progress – but we have been doing so, and at an increasing rate.

The reason, fundamentally, is the favorable economics of low carbon investments.  Wind power is now in both Germany and the UK the cheapest source of electricity, even with coal and natural gas prices at historic lows. Solar in India costs less than power from imported coal. A fleet of EV’s, on a lifetime basis, will cost less to operate than a fleet of internal combustion engines for urban driving anywhere in Western Europe.  Natural gas trucks in the US are dramatically cheaper to buy and operate than diesel. And these newly competitive clean options are now beginning to overcome a whole series of non-cost based market barriers – infrastructure lock in, cartels and monopolies, lack of financial liquidity in key sectors to pay for the higher cap-ex ratios of low carbon alternatives, regulatory mismatch.

Basically what we need to do to solve the climate problem is make sure that new capital stocks are priced over their entire life-cycle, not chosen solely for initial purchase price, and that old capital stocks, especially in OECD nations, turn over more rapidly.  This will greatly increase growth and dynamism in the global economy – but it will strand commodity fossil fuel assets, and owners of those assets will fight very hard to avoid writing off their 20th century technology and investments.  So it’s going to be a struggle – but it’s a struggle for, not against, stronger economies.

Certainly, and I hope (but cannot guarantee) an appropriately large role.  The U.S. has created the financial mechanism, our Overseas Private Investment Corporation, which has proven most successful in leveraging private investment into emerging markets.  OPIC’s Africa Clean Energy Finance Facility (ACEF) mobilized $1 billion in capital for clean energy in Africa with a miniscule investment of $20 million.  Emerging market governments like that of India have made clear that this kind of de-risking mechanism which provides local clean energy and infrastructure projects with access to OECD debt financing at reasonable but local currency denominated interest rates is the key to their ambitions.  And many of major investors have indicated that what they need is an OPIC like facility that can provide de-risking of investments regardless of the source of the project capital and equipment – a global OPIC.

From an outsider’s perspective the United States seems irreconcilably divided on the issue of climate change – do you feel optimistic that your nation can find common ground on the issue?

It’s going to take longer than it should, but we will get there.  First, as a narrative of opportunity and prosperity replaces the outmoded Kyoto narrative of sacrifice and pain, the ability of fossil fuel incumbents to be able to play the fear card weakens.  Second, as it becomes clear that the U.S. is going to decarbonize, even if Congress never acts, conservatives are realizing that they need to engage to shape climate solutions to reflect their political values, and that if they don’t, they leave the design of inevitable climate policy to their antagonists.

COP21 is less that two months away – are you confident that the 193 countries of the UN can secure a binding agreement to avoid catastrophic climate change?

Well, there are no guarantees since in theory any one country – say Saudi Arabia – can simply refuse to sign.  And the word binding in global agreements is an iffy proposition – even Kyoto turned out not be truly enforceable.  But I think we are strongly positioned and that COP 21 is likely to accomplish more to protect the climate than the previous 20 COP’s combined.

And what do you feel the chances of the agreement’s deliverables being met?

The world will greatly outperform the commitments made in Paris.  If you look at India’s INDC for example, it’s less ambitious than India’s announced energy and climate policies, and India is not alone.  Progress is just going to keep accelerating, driven by the core economics.

Any other comments you would care to share with our 516,000 readers?

The most important thing any of us can do is to start reminding the media, our leaders and the public that climate progress is an opportunity, not a threat.  Old language dies hard, and I can’t tell you how often I wince when green groups or clean tech advocates start saying that we must have a price on carbon to win.  I’m in favor of carbon pricing.  But getting rid of the artificial market barriers to the rapid growth of low carbon energy is at least as important, and a much more optimistic message.  Let’s unlock sustainable solutions – hell, right now there are states in the U.S. where it is illegal to put a solar panel on your own roof.