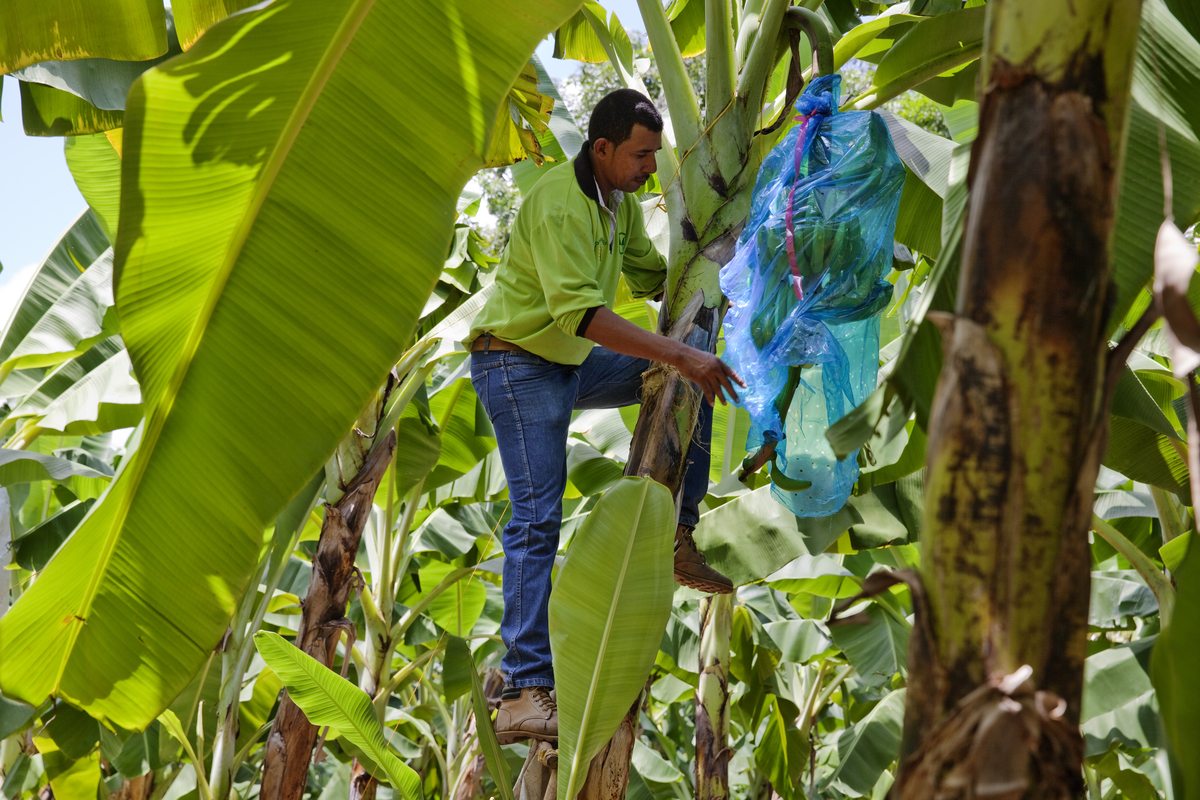 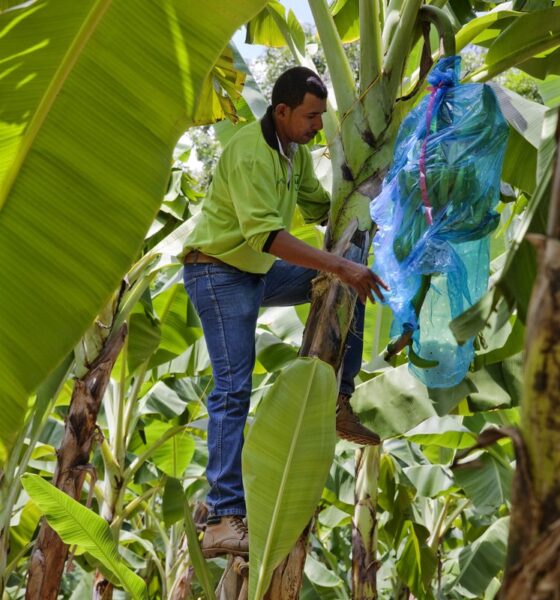 The Fairtrade system doesn’t just protect farmers and communities; it also ensures that food production is sustainable for the whole ecosystem, as this is the only way to achieve long-term prosperity.

The latest Fairtrade Fortnight launched on Monday, focusing on bananas, one of Britain’s favourite fruit that is consistently and incredibly underpriced.

British consumers pay almost half the price for a banana today than they did 10 years ago. This is despite farmers facing increasing production costs. However, those engaged with the Fairtrade circuit have a minimum price guarantee and a premium for each box sold that can be reinvested in improving their business.

However, Fairtrade does not only concern social sustainability but environmental care as well. Bananas are usually farmed in large plantations as monoculture, meaning that they need a vast amount of pesticides and fertilisers. The massive use of chemicals affects water and air supplies, but also the workers and communities who are forced to breathe in the substances that are often sprayed from planes.

The Fairtrade system wants to avoid all of this. It has environmental protection standards as part of its certification, meaning that certified farmers need to promote biodiversity and use clean energy where they can. The premium they receive is often invested in environmental management projects, for example waste facilities or tree planting.

This is also because developing countries are the ones at the highest risks from climate extremes; therefore farmers know they have to work sustainably if they want to thrive in the long-term.

“Supporting small-scale farmers who cultivate other crops together with bananas, using shade trees for instance, could be a very important thing to do to prevent diseases that comes from mono crops and make the entire food chain more sustainable in the long-term”, Barbara Crowther, director of policy and public affairs at the Fairtrade Foundation told Blue & Green Tomorrow.

Last year, British retailer Asda announced it would be switching to bananas sourced from the Canary Islands in an effort to reduce its carbon footprint. This prompted a debate on whether buying local was better than buying Fairtrade.

The foundation’s position is that both are valuable choices – although there are products that have to be supplied from countries far away.

“If we are interested in social sustainability as well as environmental sustainability, we shouldn’t assume that something local is always holistically more sustainable”, Crowther said.

“If you take tea and coffee, for instance, much of their carbon load comes from how much water you put in the kettle and the electricity you use rather than the carbon used in the production process elsewhere.”

She used an example of how bananas from the Americas are usually shipped in enormous containers, making the transportation impact comparatively small, while those grown in Europe might be transported on smaller lorries.

Crowther added, “I don’t think that any farmers can afford not to care about sustainability. In Fairtrade, many farmers said they achieved huge benefits in terms of environmental sustainability. One farmer told me that since he went Fairtrade, butterflies had returned to his farm, because he was doing more natural weed management.”

She added, “A female farmer said to me she had respiratory problems and she improved since she started to wear protective equipment.”

“Before going Fairtrade we did not have protective gear; we just used any chemicals without any forms of protection”, he explained to Blue & Green Tomorrow, adding that the Fairtrade premium was often used to improve sustainability on farms.

Speaking about the Fairtrade mark, he said, “When people see this in our region, they associate it with caring for nature and the environment. They know that we do not use chemicals that can harm the environment and that [we] care about the social part as well.

“It’s making us realise the value of our environment and the need not to harm it.”