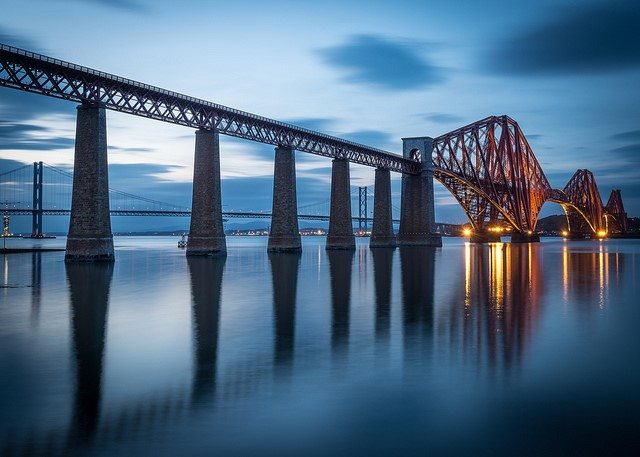 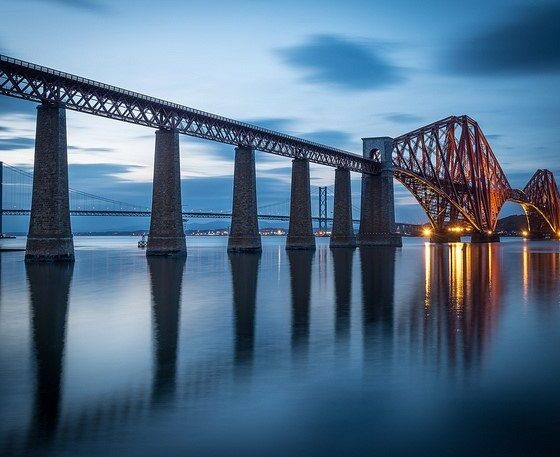 The Forth Rail Bridge has today been named the nation’s favourite example of Scottish engineering, in a survey commissioned to mark the launch of the search for Scotland’s low carbon infrastructure icons of the future.

Commissioned by the Low Carbon Infrastructure Task Force as part of their Scotland’s Way Ahead initiative, the poll marks the launch of the search for the low carbon infrastructure icons of the future. The Forth Rail Bridge gained 49% of the vote, with the Glenfinnan Viaduct, known from its appearance in the Harry Potter films, coming second with 13%. Other low carbon icons in the poll included Glasgow’s Subway, the Caledonian Canal, and the Falkirk Wheel.

The Task Force has today published its own  longlist of low carbon, future-proof engineering projects for the 21st century and beyond and is calling on the public to follow the bold example of Scotland’s past engineering innovators by getting behind their favourite project online.

Sara Thiam, Chair of Low Carbon Infrastructure Task Force and regional director of the Institution of Civil Engineers, said: “The Forth Bridge continues to be an icon of civil engineering excellence and we’re delighted that it has captured the public’s imagination in this way.  The bridge is a great example of how engineering expertise can be used to create infrastructure which stands the test of time and shapes the way we live well into the future.”

Kate Turner, Legal Director for Pinsent Masons LLP and member of the Task Force, said: “Scotland needs to invest in the future. As we spend billions in the coming decades to upgrade our infrastructure, we must recognise the power of our built environment and civil infrastructure to shape the way we live for generations to come. The new report from the Task Force sets out some exciting possibilities for Scotland’s low carbon future, that can help ensure what we’re building now will reap economic, social and environmental benefits for Scotland well in to the future, as icons like the Forth Rail Bridge have done.”

Dr Katherine Trebeck, Global Research and Policy Advisor at Oxfam GB, and member of the Task Force, said: “Scotland can take the lead, not just in reducing our carbon emissions and environmental impact, but in developing and sharing the solutions that will help end fuel poverty, improve health, and create jobs. It’s great to see that three quarters of the people polled also said they wanted to see investment in low carbon projects for the future.

“We hope people across Scotland will now show their support for their favourite projects for the future, as identified in the Task Force’s long-list. It is essential they do because not only will their money be part of financing future infrastructure projects, but because it is the lives of their children and grandchildren that will be impacted by the level of ambition we show in our decisions today.”

To find out more about the longlist of projects for Scotland’s future, and get behind your favourite projects, visitwww.scotlandswayahead.org.uk