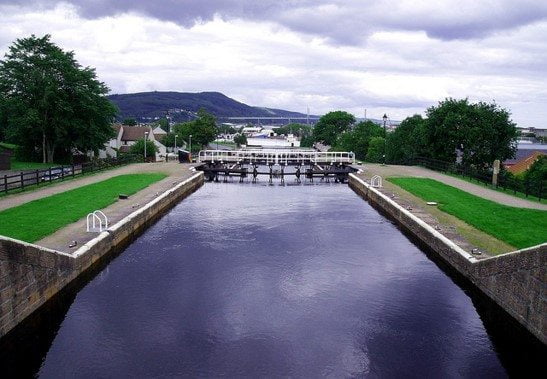 From Panama to Paris, waterways from around the globe will meet in Inverness in September 2016 as a prestigious international conference celebrating innovative engineering, regeneration, placemaking and heritage projects pays a visit to Scotland – and energy and renewables experts, businesses and enthusiasts from around the globe are being invited to get involved.

Hosted on the banks of the majestic Caledonian Canal, the World Canals Conference will showcase the many attractions of the nation’s 137-mile canal network, from the creation of The Kelpies – the largest equine sculptures on the planet – to The Falkirk Wheel’s role as the world’s only rotating boat lift and an iconic tourism destination.

The four-day event will see international waterway experts, business leaders and global professionals celebrate innovative thinking and cutting-edge delivery in a range of disciplines including sustainable tourism development, regeneration, heritage management, climate change and engineering within the iconic landscape of the Scottish Highlands. Registration for potential speakers and attendees is now open at www.wccscotland.co.uk.

Steve Dunlop, Chief Executive of Scottish Canals, said: “We’re absolutely thrilled to be hosting the 2016 World Canals Conference and it couldn’t come at a better time. Scotland’s historic inland waterways are in the midst of a renaissance and there are a huge number of exciting projects taking place on the nation’s canals, from the water to the banks and beyond.

“With just under a year to go until the conference kicks off, we’re taking this chance to remind everyone that registration is now open and that we’re looking for professionals who are leading their field in everything from water management and regeneration to climate change and engineering to get in touch as potential speakers.

“The conference is shaping up to be the best yet and we can’t wait for experts and enthusiasts from around the world to join us amidst the myth and majesty of the Scottish Highlands in September.”

As the biggest event in the international waterways calendar, Inverness joins an illustrious list of past World Canals Conference hosts including the Grand Canal in China, Montreal in Canada and New York in the USA.

Once the transport arteries that stoked the fires of the industrial revolution, today Scotland’s canals are home to cyclists and social enterprises rather than coal scows and Clydesdale Horses. Passing through some of Scotland’s most beautiful landscapes and the bustling cities of Glasgow, Edinburgh and Inverness, the 250-year-old waterways are increasingly vital venues for business, leisure and tourism that attract more than 22 million visits a year. The World Canals Conference will celebrate the innovative developments along the nation’s 137-mile canal network and other waterways around the globe.

The comprehensive programme will also look at how The Falkirk Wheel, the world’s only rotating boat lift and an icon of engineering in its own right, became one of Scotland’s top visitor destinations.

Scotland’s busiest tourist attraction out with a city centre location, The Falkirk Wheel attracts visitors from all over the world keen to marvel at the working sculpture which combines modern engineering and technology with ancient principles set out by Archimedes more than 2000 years ago.

When one of the structure’s gondolas is lowered, the opposite one rises, keeping the vast, 1800 tonne boat lift in perfect balance as it carries canal barges 35 metres into the air in a matter of minutes. The Wheel’s gondolas hold 500,000 litres of water – enough to fill an Olympic swimming pool. Incredibly, because of the design and application of balance and weight, it takes just 1.5kWh – the same power as it would take to boil eight domestic kettles – for each rotation.

So iconic is its design, the International Federation of Consulting Engineers’ (FIDIC) – an organisation representing consulting engineers in more than 80 countries – judged the Wheel, alongside the likes of the Hoover Dam and The Channel Tunnel, as one of the most significant civil engineering projects of the last hundred years.

Opened in 2002 as part of The Millennium Link, a £84 million project that restored Scotland’s inland waterways to a navigable state for the first time since the 1960s, the Wheel replaced a flight of 11 locks that once stepped the Union Canal down to the level of the Forth & Clyde over a distance of 1.5 kilometres and took more than a day to traverse. The Falkirk Wheel allows vessels to transit between the two waterways in just a few minutes.

Another key canal development conference attendees will be able to explore is The Kelpies. The colossal steel sculptures, fashioned in the shape of two horse’s heads, tower over a new section of the historic Forth & Clyde Canal and are the centrepieces of the £43m Helix project.

The scheme, driven by a partnership of Falkirk Council and Scottish Canals and supported by an award of £25m from the Big Lottery Fund, has transformed 350 hectares of underused land in central Scotland into a vibrant parkland, visitor attraction and marine hub with the canal and The Kelpies at its heart. More than one million visitors from all over the world have stood in the shadow of the sculptures since their unveiling in April 2014, bringing renewed vibrancy and income to the area and boosting the local economy by an estimated £1.5m per year.

Clad in almost 1000 shimmering steel panels, standing the same height as six and a half double decker buses, and weighing more than 600 tonnes, The Kelpies are the world’s largest pair of equine sculptures and are estimated to be seen by more than 50 million people per year.

Inspiration for The Kelpies came from the heavy horses which pulled boats and cargo along the towpaths of the Forth & Clyde and Union Canals in their heyday. The transport arteries of the Industrial Revolution, the canals and the horses that walked them played a huge role in the development of the area. The sculptures’ name was derived from the mythical Celtic water horses which could transform their shape and which were reputed to have the strength of 10 horses and the endurance of many more.

Originally envisioned as a moving boat lift, during the early design process the notion of The Kelpies changed to monumental sculptures symbolising the industrial past of both the canal and the communities that line its banks. Glasgow-based artist Andy Scott – Scotland’s best-known equine sculptor – transformed The Kelpies from idea to reality, imagining a colossal gateway towering either side of the canal to welcome weary sailors and visitors to the nation’s hospitable shores.

For more information on the World Canals Conference, see www.wccscotland.co.uk.