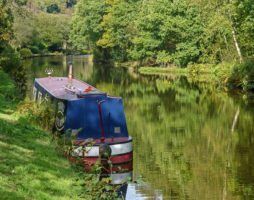 The first-ever World Canals Awards launched by Scottish Canals is calling for organisations from around the world to submit innovative, engaging and inspirational projects that are occurring on and along the world’s waterways. At the prestigious World Canals Conference in Inverness this September, the winners will be announced.

Led by a panel of international experts, the awards will celebrate innovative design and cutting-edge delivery by public, private and community organisations in a range of disciplines including sustainable tourism development, regeneration, heritage management, climate change and engineering.

Four awards are up for grabs: the Innovation Award, which celebrates canal-based projects that are technologically groundbreaking in their field; the Leadership Award, which recognises businesses, voluntary organisations or charities that are using the waterways to drive regeneration; the Guardian Award, which will celebrate outstanding work to safeguard the heritage of the world’s waterways; and the Pioneer Award, which acknowledges projects that are paving the way in growing tourism or creating sustainable income streams linked to the world’s canals. The deadline for submissions is August 19th 2016.

Steve Dunlop, Chief Executive of Scottish Canals, said: “I’m delighted to open the inaugural World Canals Awards for entries and I’m sure we’ll receive some fantastic submissions. From Panama to Paris, there are a huge number of innovative projects taking place on canals all over the globe and waterways continue to play a vital role in the communities that line their banks.

The World Canals Awards will celebrate those achievements, highlighting pioneering work in everything from water management and regeneration to climate change and engineering.

“We look forward to announcing the winners at the World Canals Conference in Inverness.”

The prestigious four-day conference, which will take place on the 19th – 22nd September on the banks of the majestic Caledonian Canal, is set to welcome 300 business leaders and global professionals from a huge range of disciplines.

Dozens of speakers, academics and experts at the pinnacle of their fields feature on the programme, including Roland Lewis, President and CEO of the New York Waterfront Alliance; Alexander “Pete” Grannis, First Deputy Comptroller for the New York State Office of the State Comptroller; and Daniel Fábrega, Panama’s Ambassador to the United Kingdom.

Each speaker will focus on one of the conference’s four themes: Technical Challenges and Innovation; Safeguarding the Heritage of our Waterways; Waterways as a Driver for Regeneration; and Growing Tourism & Commercialising Waterway Assets.

For more information on the World Canals Awards, see: