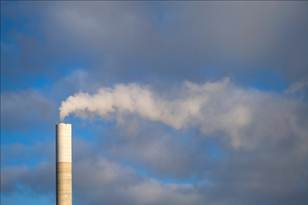 Yesterday’s story about fossil fuel companies abandoning current practices in favour of renewable energy might have been our tongue-in-cheek contribution to April Fools’ Day (or Fossil Fools Day as it is known in some quarters), but serious undertones accompanied it.

In short, Blue & Green Tomorrow isn’t alone in the view that renewables should form the backbone of a future energy economy, and not just for environmental reasons either. A widespread shift to clean power is the most sustainable and financially-secure long-term option.

It would be our pleasure—nay, a dream—to break such news for real, but this isn’t the case… yet.

Fossil Fools Day – an environmental spin-off of April Fools’ Day – is an interesting concept and was first coordinated by campaign groups in the USA and Canada in 2004.

Although it doesn’t seem to appear on the mainstream calendar, an online community called We Are Power Shift appears to have championed 2012’s version of the day, as it attempted to expose the biggest fossil fools in the world (i.e., the individuals causing the most damage through the use of fossil fuels).

The gong was given to Russ Girling of Transcanada, who is the mastermind of the Keystone XL project, closely followed by Brian Moynihan of the Bank of America and Jim Rogers of Duke Energy.

Outing these men as fossil fools might be seen as a joke, but the damage caused by fossil fuels is not.

Read our recent in-depth report, The Rise of Renewable Energy, for a more serious look at where the UKs energy infrastructure could be with the right support and investment.