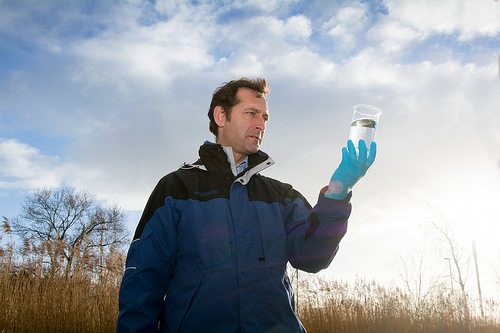 Researchers from the University of West England Bristol (UWE) have developed a new technology that can filter water from source so that it can be used as drinking water.

The project, which was developed in partnership with specialists from the manufacturing, engineering and chemical industries, has produced a waterside shed in which the equivalent of 2,000 litres of pond water can be filtered into drinking water every 12 hours.

The technology included uses biocide, which makes water of sufficient quality to drink by killing bacteria and prevents fouling of the membranes used to filter water – unlike chlorine, which is used in conventional filtration.

One of the researchers believes that the model, if it can be successfully scaled up, can be used to support humanitarian missions across the globe.

Speaking to Blue & Green Tomorrow, Darren Reynolds, professor in health and environment at the Centre for Research in Biosciences and the Institute for Bio-Sensing Technology at UWE, said, “This idea is new in the sense that it brings together different people with a different set of skills with a common purpose – from engineering, manufacturing, environmental science and the chemicals industries – to drive innovation and ideas out of the laboratory and translates them into practical reality.”

Whilst Reynolds said that the concept could be applied to places where drinking water is scarce, he added that it would not fully solve water problems in developing countries, where infrastructure is often underdeveloped.

“A lot of the problems with water scarcity is that the water that is available is generally bacterially contaminated”, he said.

“Our concept can solve some problems of water scarcity – by filtering water at source. For example, in the recent Philippines disaster, this model would have been useful in providing humanitarian support.”