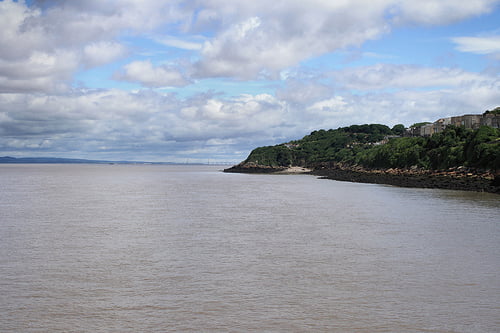 David Cameron has asked government ministers to rethink plans for a barrage to be built across the river Severn, which could see one of the largest tidal projects in Europe given the nod.

The £30 billion development, led by former Labour minister Peter Hain – who quit his shadow cabinet role earlier this year to promote it – promises to generate 5% of the UK’s electricity and create 50,000 jobs. It would also be expected to be operational for more than 120 years.

Originally turned down by the coalition government back in September 2010, former energy secretary Chris Huhne said that were other low-carbon options available that represent “a better deal for the taxpayer and consumers” than the Severn project.

But now, David Cameron appears to have had new thoughts on its potential, with an aim to acquire private funding important to the development.

“Not a penny of taxpayers’ money would be needed for this £30 billion investment, which would be transformative for Wales”, Peter Hain told the BBC.

It is felt that private investors from the Middle East will fund some percentage of the development.

The Severn estuary has the second largest tidal range in the world with 42ft (12.8m) tides. The project would cover a range of over 10 miles, with the dam stretching from Somerset to south Wales.

In a letter to the prime minister, Hain detailed the lifetime of the project and what consumers can expect.

“It is worth noting that after 25-30 years, when the price support drops away, the barrage will produce electricity virtually for free for at least another 90 years; this compares favourably with the lifespans of nuclear plants (35 years) and wind turbines (20-25 years)”, he wrote.

With uncertainly as to the preservation of the indigenous wildlife key to those opposing the scheme, it is far from clear as to whether the project would harm the existing wildlife population.

Hain added, “The consortium has focused from the outset on mitigating the environmental impact.

“The revolutionary very-low-head turbines spin slowly and are fish friendly, and preserve an estimated 60% more intertidal habitat than previous schemes, thereby reducing the impact on birdlife.”

However, Mark Robins, senior policy officer for the RSPB in the south west, has voiced his concerns over the project.

“A barrage like the one proposed between Cardiff and Western Super-Mare would not only destroy huge areas of estuary marsh and mudflats used by 69,000 birds each winter and block the migration routes of countless fish, it would also dramatically increase the risk of flooding to residential properties”, he said.

Concerns over the impact to tourism partner those who feel the project should remain decommissioned.

According to the Welsh Assembly’s Severn Estuary Tidal Power: Supplemental Information report from 2010, bird watching at the Slimbridge site attracts approximately 200,000 visitors per year. The report stated, “It is likely that the predicted reduction in water bird numbers within the Severn estuary will have a negative impact on the popularity of the location.”

In response to these concerns, former shadow Welsh secretary Hain said, “Turbine design has been reconfigured to be fish friendly and the ebb and flow of the mechanism to be used will enable the Severn estuary above the barrage to be maintained at a much more stable level.”

Other anxieties exist over the time scale of the barrage build. Gordon James, director of Friends of the Earth Cymru, said the barrage would have be “too expensive” and take “too long […] to deliver the energy we need”, due to its size and location.

James suggested alternatives to the Severn tidal power scheme, including tidal lagoons, which he feels offer better energy opportunities for consumers without harming the thriving wildlife located around the Severn.