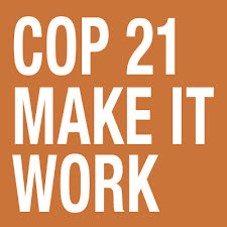 Met Office data for 2015 so far shows that, for the first time, global mean temperature at the Earth’s surface is set to reach 1 °C above pre-industrial levels*.

This represents an important marker as the world continues to warm due to human influence. Reacting to news Friends of the Earth climate campaigner Guy Shrubsole said: “With the world already experiencing supercharged droughts and storms after less than one degree of man-made global warming, imagine how devastating two or three degrees will be. The world is on a climate change collision course unless governments agree much tougher cuts in fossil fuel emissions ahead of crucial climate talks in Paris next month.”

Based on data from January to September, the HadCRUT dataset jointly run by the Met Office and the Climate Research Unit at the University of East Anglia shows 2015 global mean temperature at 1.02 °C (±0.11 °C) above pre-industrial levels*.

Stephen Belcher, Director of the Met Office Hadley Centre, said: “We have seen a strong El Nino develop in the Tropical Pacific this year and that will have had some impact on this year’s global temperature.

“We’ve had similar natural events in the past, yet this is the first time we’re set to reach the 1 °C marker and it’s clear that it is human influence driving our modern climate into uncharted territory.”

Early indications suggest 2016 will be similarly warm and while it’s more difficult to say exactly what will happen in the years immediately after that, we expect warming to continue in the longer term.

Peter Stott, Head of Climate Monitoring and Attribution, said: “This year marks an important first but that doesn’t necessarily mean every year from now on will be a degree or more above pre-industrial levels, as natural variability will still play a role in determining the temperature in any given year.

“As the world continues to warm in the coming decades, however, we will see more and more years passing the 1 degree marker – eventually it will become the norm.”

While temperatures this year are around halfway to 2 °C, indicators of current and future change are at different stages due to the time it takes for greenhouse gases to influence our climate system.

We know cumulative emissions of carbon dioxide (CO2) will be key to determining the amount of eventual global warming we’ll see. It is estimated that up to 2,900 Gigatonnes of CO2 (GtCO2) can be emitted to have a likely (more than 66%) chance of limiting warming to below 2 °C.

As of 2014, about 2,000 GtCO2 had already been emitted, meaning society has used about two thirds of the 2 °C budget. This gives an indication that we are already committed to some level of further warming.

One third of sea level rise

Increases in global sea level, caused by warming of the oceans as well as melting of ice, take much longer to respond to increasing concentrations of greenhouse gases than air temperature.

Currently, we have seen about 20 centimetres of global mean sea level rise since pre-industrial times and this is about one third of the level that could be seen by 2100 in a 2 °C world.

Sea levels would continue to rise further into the next century, however, and potentially beyond.

Research suggests it is still possible to limit warming to 2 °C above preindustrial levels. However, the later that global CO2 emissions peak – the faster subsequent emissions cuts would need to be in order to keep global temperature rise below the limit.

The Met Office Hadley Centre is one of a number of centres around the world which monitor changes in the climate and play a key role in developing the international evidence base to understand future change.

Its core science enables UK Government and industry to make decisions which will help the UK become more resilient to climate variability and change, and benefit from opportunities for growth.

* While late 19th century temperatures are commonly taken to be indicative of pre-industrial, there is no fixed period that is used as standard and a variety of other periods have been used for observational and palaeo datasets. There are limitations in available data in the early instrumental record, making the average temperature in the reference period less certain. There is not a reliable indicator of global temperatures back to 1750, which is the era widely assumed to represent pre-industrial conditions. Therefore 1850-1900 is chosen here as the most reliable reference period, which also corresponds to the period chosen by IPCC to represent a suitable earlier reference period.