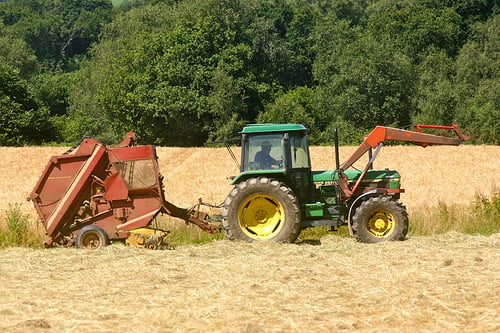 A Friends of the Earth report has highlighted the lack of action taken by the Government in the past year to decrease the environmental impact of farming in the UK.

Agriculture Minister Jim Paice had said that the Government would “play its part” in making UK farming more sustainable, but the Friends of the Earth report picks out more limited or regressive progress than positive.

Two of the positive findings relate to “new research on livestock and alternative feeds” – awarded a B grade in Friends of the Earth’s Sustainable Livestock Report card – and initiatives such as the Green Food Project (C grade) that have progressed since March last year.

On the negative side, activities such as using food waste as animal feed, providing advice and leadership to the food industry and consumers on sustainable diets, and helping farmers sell directly to consumers, all received an F grade.

Friends of the Earth also highlights the Government’s inadequacy in failing to push for environmentally-friendly farming reforms in the Common Agriculture Policy (CAP).

Friends of the Earth food campaigner, Vicki Hird, said, “Ministers are failing to tackle the enormous impact food production has on our wildlife and landscapes – they must step up to the plate and insist on planet-friendly food and farming.

“There has been some progress on research into environment-friendly farming practices, especially alternatives to soy for livestock feeds but, given the enormous damage caused by the UK livestock industry, this won’t make the grade.

“We can’t allow our food system to cost the earth – the Government must do better.”

Last month, the European Commission announced that it would be making plans to incorporate farming into its climate policy, and in February, the 2012 National Farmers Union Conference focused on the possible environmental challenges to the industry.

Bill Meredith, head of agriculture and land-based studies at Riseholme College at the University of Lincoln, wrote about the importance of agriculture in a sustainable economy for Blue & Green Tomorrow.

“The challenge for the future is to produce more food, more efficiently, with fewer resources and with less waste and emissions”, he wrote.

In short, the Government needs to make much better headway. Farming is an extremely important industry for the UK, so an increased focus on its role in a more sustainable economy is vital.