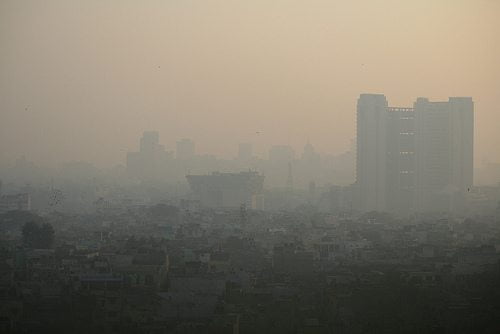 Perfluorotributylamine (PFTBA), a greenhouse gas 7,100 times more powerful than carbon dioxide in trapping heat, has been indicated as new major player in global warming by scientists in Canada.

PFTBA is an artificial chemical byproduct of the electrical industry, which has been used since the mid-20th century. It had not been investigated as a long-lived greenhouse gas, but scientists found that it can stay in the atmosphere for up to 500 years before dissolving.

According to the study by researchers in Toronto, PFTBA is 7,100 times more powerful at trapping heat and warming the planet compared to carbon dioxide (CO2) over a 100-year period.

“We claim that PFTBA has the highest radiative efficiency of any molecule detected in the atmosphere to date”, said Angela Hong, one of the authors of the study.

However, levels of PFTBA in the atmosphere are low – 0.18 parts per trillion in Toronto, compared to 400 parts per million for CO2 – meaning that the latter remains of greater concern.

“From a climate change perspective, individually, PFTBA’s atmospheric concentration does not significantly alert the phenomenon of climate change. Still the biggest culprit is CO2 from fossil fuel emissions”, Hong said.

However, she warned that the lack of ‘natural absorbers’ – such as forests in case of CO2 – its long life and the lack of policies and regulation over emission of the chemical, might mean that PFTBA could become a bigger problem in the future.

“It is so much less than carbon dioxide, but the important thing is on a per molecule basis, it is very very effective in interacting with heat from the Earth”, Hong added.

“Individually each molecule is able to affect the climate potentially and because its lifetime is so long it also has a long-lasting effect.”