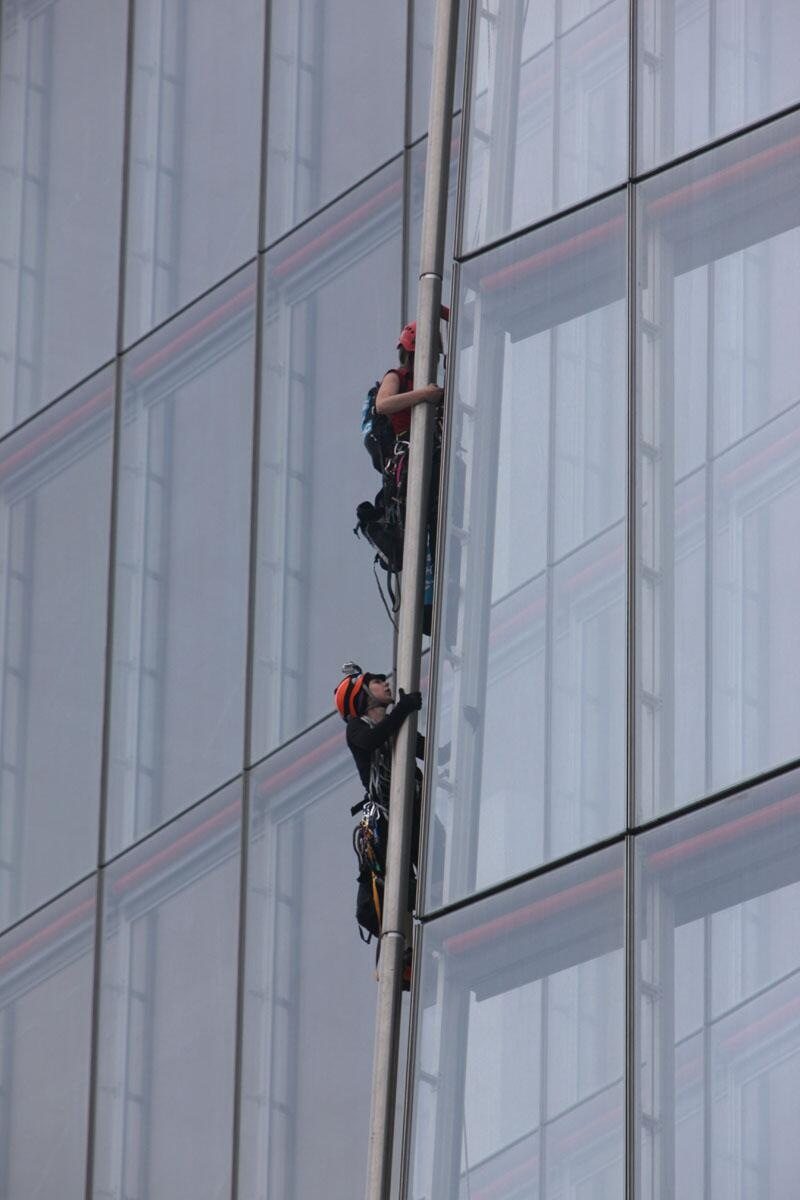 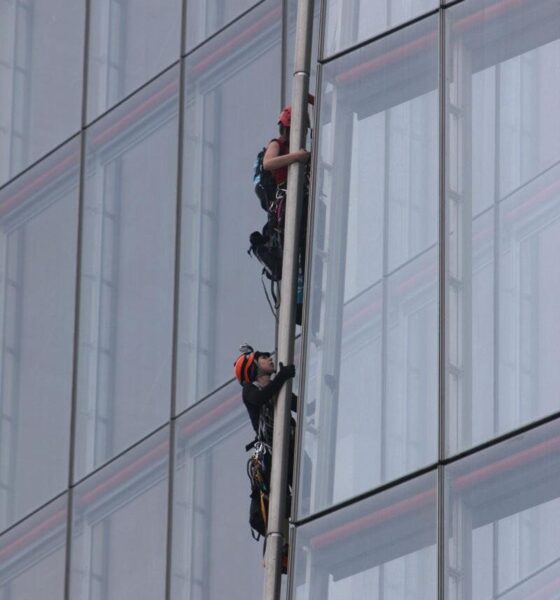 Officers from the Metropolitan Police were called out at 4.20am on Thursday morning, when six Greenpeace activists began climbing up the Shard in London, which is Europe’s tallest skyscraper.

The group’s stunt is a protest against oil giant Shell’s exploration activities in Arctic waters. On their Ice Climb website, the group says, “This building – modelled on a shard of ice – sits slap bang in the middle of Shell’s three London headquarters. They don’t want us talking about their plan to drill in the Arctic. We’re here to shout about it from the rooftops.”

In an email sent to supporters, one of the activists, Victo, said, “I’ve been climbing for years, but this is the biggest challenge I’ve ever taken on. Am I scared? Hell yeah. But I know that fear is only what you make of it.”

She added, “There are only six of us up here, but there are millions of us in every corner of the world who want the Arctic protected.”

The email also said the need for such drastic action was to “make everyone care about the Arctic as we do […] Everyone should know that we’ve lost 80% of the Arctic sea ice in the last 30 years, and that should make people want to protect it. Not to drill for more oil that caused the melting in the first place.”

The six activists are from the UK, Poland, Holland, Canada, Sweden and Belgium.

Victo added in the email, “If we make it to the top, we plan to install a great piece of art in direct view of Shell’s three London down around me. We can see them, so I know they can see us.”

A similar protest was held back in August 2012 when Greenpeace activists climbed a Russian Arctic oil platform.

A spokesperson from Shell UK said, “Recognising the right of individuals to express their point of view, we only ask that they do so with their safety and the safety of others.

They added, “Oil and gas production from the Arctic is not new. The Arctic region currently produces about 10% of the world’s oil and 25% of its gas. If responsibly developed, Arctic energy resources can help offset supply constraints and maintain energy security for consumers throughout the world.”

The US government recently banned Shell from drilling in the region until 2014, amid fears the company would make “unnecessary improvisations with critical equipment.”