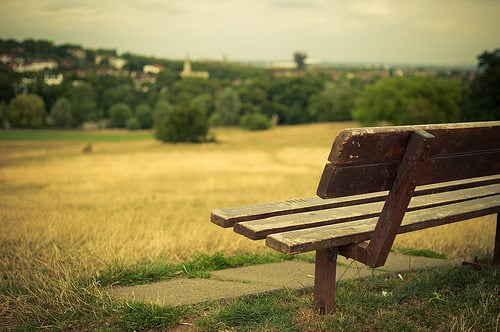 In defence of the bench: why walkable cities are important

The humble bench: a place to rest your feet or a catalyst for urban renewal where community happens? Robert Dalton argues the case for the latter.

Often when considering the expansion of a large city, the first thought in regards to transportation is most often towards accommodating more vehicle traffic.

Alternately, it’s only during ‘urban renewal’ or similar projects that the idea of walkability is addressed.

Charles Wolfe, an urban writer and land use and environmental lawyer, argues, “Successful community is among the first principles of what makes humans feel happy.” If that is the case, then the expansion of a city should build and enhance the environments where community happens, grows and exists in a safe manner. Towards this goal, pedestrian areas are essential and benches can make or break the deal.

What is the purpose of a bench?

First and foremost, benches are used for sitting, but that’s obvious. They are also used to help increase conversation, rest, tie a shoe and increase the amount of time a person spends in a single area. More shopping happens, people chose to spend time in public instead of in their home and more investment in the community is developed. This means there is more of a chance for a celebration of community to happen and be deserved.

Beyond just providing seating, benches can change the tone of an area, making it safer for the public. The broken windows theory hypothesises that a building that has broken windows will have a rapid increase in vandalism. However, if those broken windows are fixed, the building doesn’t get vandalised as much and the quality of the environment as a whole increases. Less vandalism and crime creates an increased interest in the area.

Benches can have the same effect as fixing broken windows. Effective placement of quality, convenient benches can help revitalise the interest in an area and create a place for community to happen. The ability to sit with style, comfort and safety increases the worthiness of investment for an area.

Now benches aren’t panancea that can be placed and suddenly the entire neighborhood becomes Pleasantville. However, they are an integral part in creating the mind set of the people for the new development.

Benches change a walkway into a meeting place, a rest stop and most importantly, a communal area to mingle. To increase this effect, other things can be used to further designate the area as a pedestrian-only area and encourage people to linger.

Solar bollards are a great durable way to increase the usable time of an area by providing light after dark and are a very resistant to vandalism. In addition to providing light, increased street lighting can decrease crime, and increase investment in the community much the same way as benches.

The application of these elements to one area, say a park or new pedestrian-only area, in a neighbourhood has a wavelike effect and can help improve the value and investment of the community far beyond the immediate area of the renewal.

Providing more than a walking path or area, benches are vital to urban renewal, city growth and community development because they encourage people to interact, linger, shop and increase their commitment to the area. Utilising them as part of urban renewal increases the effect of the project through decreasing the broken windows effect, increasing the chance for interaction and for a community to gather around.

In addition to other elements to increase the safety of the area, the mindset of the renewal or growth area is set from the beginning and can have widespread and very positive effects on a neighbourhood or small city. These factors make them imperative to a city growth plan or an urban renewal project beyond their function as seating.

Robert Dalton moved from Boise Idaho to Portland Oregon, a very walker-friendly city. His passion for urban renewal and community building started after he became frustrated with the lack of interaction and visibility of the hundreds of people in his apartment complex.