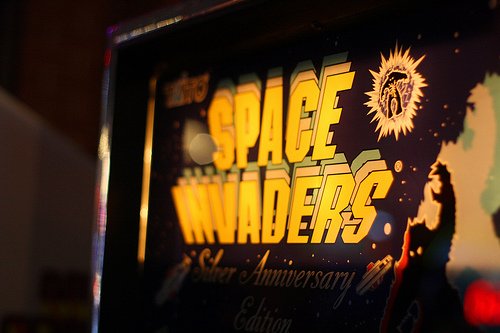 Planetary Resources announced on April 24 its ambitious plan to mine near-earth asteroids (NEAs) for raw materials. Despite delving into the realms of science fiction, several heavyweight financial backers have already been secured.

“Many of the scarce metals and minerals on Earth are in near-infinite quantities in space. As access to these materials increases, not only will the cost of everything from microelectronics to energy storage be reduced, but new applications for these abundant elements will result in important and novel applications”, said co-founder Peter H. Diamandis.

According to the company, a 500-meter platinum-rich asteroid contains the equivalent of all the platinum group metals mined in history; equally, I suppose a moon made of cheese would dwarf even France’s prolific industry…

And while the technology to mine asteroids is not currently in the realms of possibility, it hasn’t stopped forward-thinking billionaires from investing—Google executive chairman Eric Schmidt is already on board, which is good news as developing cost-effective exploration technologies will likely be at the heart of the company’s operations and no doubt a resource-sucking process of its own.

You’ve got to love the fact that someone is giving it a shot.

“The promise of Planetary Resources is to apply commercial innovation to space exploration. They are developing cost-effective, production-line spacecraft that will visit near-Earth asteroids in rapid succession, increasing our scientific knowledge of these bodies and enabling the economic development of the resources they contain”, said Tom Jones, veteran NASA astronaut and Planetary Resources adviser.

Planet Resources does ground itself in a degree of reality and has recognised the importance of water as a resource, noting that water-rich asteroids could serve as “stepping stones” for deep space exploration and make space travel dramatically more economical. “In addition to supporting life, water will also be separated into oxygen and hydrogen for breathable air and rocket propellant”, said Eric Anderson, the other co-founder.

In the meantime, resource shortages back on Earth must be met by other means, such as increased recycling of precious metals to both unlock the potential of our unwanted goods and feed our electronics addiction. Indeed, changing our consumer habits altogether by becoming more focused on sustainability should be on the agenda of all.

Investing in space exploration is certainly one option, but B&GT encourages you to support the rapidly increasing number of projects closer to home with a more immediate and direct impact. Read our new Guide to Sustainable Investment for more details and fill in our online form to be put in touch with a specialist independent adviser.