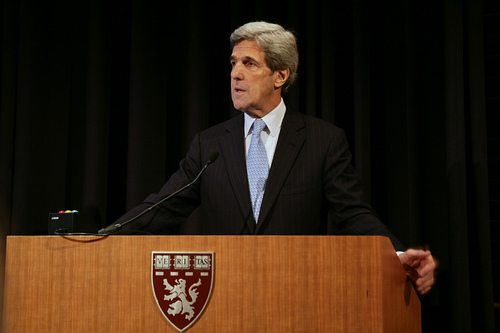 US secretary of state John Kerry has said that governments and scientists need to come up with policies to stop acidification, overfishing and pollution, which threaten the health of the oceans and the people who depend on it.

His calls come ahead of the Our Ocean conference, organised by the US government, which will be attended by officials from 80 countries, including World Bank president Jim Yong Kim and Kiribati president Anote Tong.

The summit will focus on what are considered to be the most urgent threats that oceans face: unsustainable fishing, marine pollution and acidification caused by carbon dioxide (CO2). Scientists have been invited to present figures to officials and the fishing industry.

“We are not going to meet this challenge unless the community of nations comes together around a single comprehensive global ocean strategy”, Kerry said.

“Governments, individuals and communities can act now to reverse these trends. We can protect the ocean if we all start treating it like our ocean.

“If we are going to be able to honour our shared responsibility to protect the ocean, the ad hoc approach we have today, with each nation and community pursuing its own independent policy, simply will not suffice. That is not how the ocean works.”

Above all, scientists are expected to put particular emphasis on overfishing, considered the most dangerous threat. Kiribati president Anote Tong said the country, which is also at great risk of rising sea levels, has planned to ban commercial fishing.

Kerry added, “No one should mistake that the protection of our oceans is a vital international security issue.

“Most people underestimate the enormous damage we as people are inflicting on our oceans every single day.”