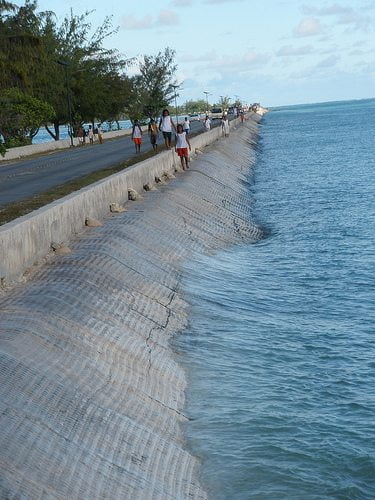 The New Zealand High Court has denied a new visa to Ioane Teitiota, the man from Kiribati who sought asylum in the country after saying that climate change would have put his life at risk in his home nation.

Teitiota arrived in New Zealand in 2007 and when his visa expired, he tried to claim the status of climate refugee, arguing that there would be no future for him and his family.

But the High Court in Auckland refused him asylum in October, saying that all Kiribati citizens were facing the same threat.

He promptly appealed the decision, with his lawyer claiming he was being “persecuted passively by the circumstances in which he’s living, which the Kiribati government has no ability to ameliorate”.

However, the New Zealand High Court has rejected the appeal, saying that environmental threats were not considered among criteria to establish the refugee status.

Justice John Priestley stated, “By returning to Kiribati, he would not suffer a sustained and systemic violation of his basic human rights such as the right to life […] or the right to adequate food, clothing and housing.”

The small nation of Kiribati in the Pacific Ocean is one of the world’s countries most affected by rising sea levels, which are forcing dwellers to move. Other Pacific nations are facing the same challenges.

In 2012, Kiribati president Anote Tong announced that the nation was buying land on neighbouring island Fiji, because there was no more room on Kiribati to grow food and house people.