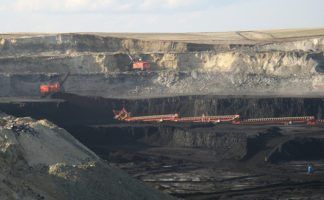 All of the coal power stations that are left in the UK are at the moment working above pollution limits set in EU law, which is putting public health at risk.

‘Lifting Europe’s Dark Cloud’ shows how improving environmental performance at European coal power stations could save 20,000 lives across Europe and more than 2,000 lives in the UK every year. By setting and enforcing pollution limits in line with the best industry-recognised, tried-and-tested techniques, the annual number of premature deaths caused by burning coal in the UK could be reduced from 2,900 to 210 deaths.

“While the UK government’s pledge to phase out coal by 2025 is to be welcomed, coal will continue to pose a threat to human health and the environment until the last plant is shut down.

This threat will remain unnecessarily high as long as plants are allowed to operate at levels dangerously in excess of EU limits.

“Following the vote to leave the EU, the UK government has a choice: to either lag behind our European neighbours or set new, world-beating environmental standards. ”

In the UK, the impact of the remaining coal plants is particularly damaging because the ‘safety net’ pollution limits set in a crucial EU law: the ‘Industrial Emissions Directive’, are currently being evaded by all UK coal power stations.

The costs of this evasion are found in the air we breathe and measured in the thousands of children suffering from asthma symptoms and the hundreds of thousands of working days lost because of symptoms caused by coal pollution.

Later this year European governments will meet to try to tackle this problem. They look set to agree on a new best practice document for coal power plants setting even lower limits than those currently being ignored in the UK. While Austria, Belgium, Denmark, Germany, the Netherlands and Sweden have already met the new limits set in this document, the UK lags far behind.